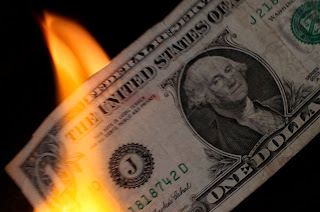 I got in touch with the U.S. Agency for International Development earlier this week to find out if the agency had made any more progress in locating Cuba-related documents that I began requesting in December 2010.

USAID officials told me they are working diligently to process my requests. They have divided my requests among a half dozen or so FOIA specialists.

As part of the process, the FOIA specialists contact the organizations or companies that receive USAID funds. The aid recipients then have the opportunity to tell USAID what information should be withheld and why. That's one reason why the process takes many months.

Several of the FOIA specialists told me this week that they have been in contact with the aid recipients, they have located or received documents and are now considering what information should be released.

So far, I have requested information on USAID programs run by 10 organizations - eight non-profits and two for-profit companies.

USAID has sent me documents related to two of the 10 companies or organizations:
I have not yet received any documents in response to my requests for information about programs run by the following six non-profits:


I have not gotten any documents in response to requests for information on programs run by two private contractors:

USAID has responded more quickly than the State Department, but that doesn't mean I am satisfied with the quality or quantity of information released. I am challenging some of the agency's decisions and have filed five FOIA appeals. I sent the first appeal almost 300 days ago. I have not yet gotten a response to that appeal or the four subsequent appeals.

Two appeals have to do with Freedom House. Two are linked to project proposals. One is a request for an audit.

Additional details on the five appeals are below:

FOIA appeal 1
FOIA request: Proposals submitted to USAID in response to the agency’s May 2008 solicitation connected to the Cuba Democracy and Contingency Planning Program, or CDCPP, which was “expressly designed to hasten Cuba’s peaceful transition to a democratic society.” DAI won at least a portion of the multimillion-dollar contract in 2008. The company then hired Alan Gross, a Maryland man who was jailed in Cuba in December 2009. In July 2011, USAID withheld the CDCPP proposals in their entirety. (See "USAID denies FOIA request"). My appeal contends that USAID did not provide sufficient justification for keeping the information secret.

FOIA appeal 2
FOIA request: Applications submitted to USAID in response to June 2010 Request for Applications for a $2 million civil society program entitled “Creating Networks and Empowering Communities (CNECT).” The program was aimed at civil society groups, “especially those focused on promoting self-employment and entrepreneurial initiatives." In October 2011, the agency released heavily redacted materials that provide little insight into the CNECT program. Even the name of the winning contractor was redacted. USAID said a fuller disclosure would jeopardize USAID programs worldwide. In my appeal, I argue that secrecy is more harmful than transparency. (See "$2 million Cuba program: Redacted" and "USAID keeps Cuba program secret to protect "personal privacy").

FOIA appeal 3
FOIA request: All reports and audits that the DMP Group produced for USAID at a cost to taxpayers of at least $1.47 million. USAID hired DMP to audit the agency’s Cuba programs. In December 2011, the agency released a 10-page heavily redacted report that contained few details, citing trade secrets and privacy exemptions. My view: Failing to disclose the audit is a flagrant abuse of the public trust. (See "USAID audit cost taxpayers nearly $150,000 per page?").

FOIA appeal 4
FOIA request: Various contracts between USAID and Freedom House. In May, USAID said the records have been destroyed. I appealed, arguing that the agency did not provide a sufficient explanation for its response. In my appeal, I argued that USAID must provide evidence that the requested documents were destroyed properly, and that the destruction of the documents did not take place after the FOIA request. (See "USAID hides the money trail").

FOIA appeal 5
FOIA request: Contracts awarded to Freedom House in connection with the New Media Initiatives in Cuba program. USAID released heavily redacted documents in April 2012. The project proposal was withheld in its entirety. My position is that USAID is misused privacy and trade secret exemptions to improperly shield the documents from public view. (See "USAID shields Freedom House").
Posted by alongthemalecon at 3:09:00 PM