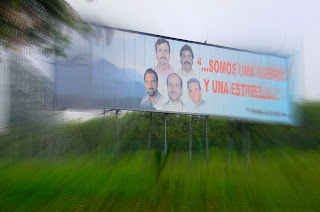 The lawyers for convicted Cuban spy Gerardo Hernández asked a U.S. District Court judge to issue subpoenas to several Florida media organizations.
They are seeking documents, recordings and other materials related to coverage of a Cuban spy ring that was broken up in 1998. In a document filed on June 6, the lawyers wrote:


These subpoenas would seek to show that the Government influenced the editorial process at these papers, whether and to what degree the papers were aware that their reporters and commentators were taking Government money, and how the papers responded to the discovery that the reporters were, in fact, being so paid.

In the case of the Miami Herald, the lawyers want:


...materials obtained by the Herald in its own FOIA investigation of the ties between the Government and journalists on the staff of El Nuevo Herald. The Herald was the first to discover the conflict of interest that arises when reporters take money from the U.S. Government, and its knowledge of this issue is likely to shed considerable light on the matters before the Court.


The lawyers contend that "a number of journalists" who "received significant payments
for their participation in programming on Radio and TV Martí...became, in effect,
hired flacks in a propaganda machine that directly targeted" Hernández and his co-defendants.

...the prejudicial effect of the tainted media statements is beyond serious dispute: Congress itself has made the dissemination of government propaganda about Cuba illegal in the United States, for the precise reason that it has the power to distort public opinion and taint the marketplace of ideas.


In a related development, lawmakers earlier this month proposed a law that would make it easier for government propaganda to reach domestic audiences.

KrisAnne Hall, an attorney and former prosecutor, explained in a May 22 blog post entitled, "Congress intends to establish a Ministry of Truth!" She wrote:

Once again, the National Defense Authorization Act is used as a Trojan horse to unload a dangerous threat on America. This time it is offered up in an amendment sponsored by Representative Thornberry from Texas and its called Dissemination of Information Abroad. This bill has also been referred to the House Committee on Foreign Affairs as a separate bill titled HR 5736, The Smith-Mundt Modernization Act of 2012. This bill will overturn a prohibition that has been in place since 1948 and make it possible for the US Government to fund the dissemination of propaganda to influence American citizens.


No funds authorized to be appropriated to the Department of State or the Broadcasting Board of Governors shall be used to influence public opinion in the United States.

But Hall contends that prohibition is meaningless. She writes:


...this new Act adds new language that completely nullifies that prohibition through a couple rather clever loopholes.
This act will not only legitimize the heinous manipulation of mainstream media, but will allow Congress to FUND IT with TAX PAYER DOLLARS.