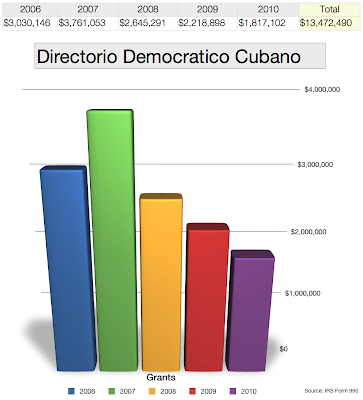 A Florida non-profit organization called Directorio Democratico Cubano received $13,472,490 in grants from 2006 through 2010, tax records show, but only a small fraction of that money reached dissidents and human rights activists on the ground in Cuba.
The organization's IRS Form 990 for the year 2010, for instance, lists $25,035 as humanitarian aid for 98 individuals.
That works out to about $21.29 per month per person - or 70 cents per day in humanitarian aid.
The Form 990 also lists $53,660 in "support for civic activities." That money went to 216 individuals. That works out to $20.70 per month - or 68 cents per day - for "civic activities."
The form also shows $25,993 for "island transportation" to 104 recipients. That's $20.82 per month - or 71 cents per day.
Suppose you're a dissident in Cuba and you receive all three sources of funding, you'd get just $62.81 per month or $753.72 per year.
That contrasts greatly with the salaries paid to the organization's directors, three of whom receive $48,000 or more per year.

The salaries don't include thousands of dollars in other benefits, including office space, car expenses, travel, phone and Internet, employee benefits, insurance, memberships, printing costs and many other perks.
The Form 990 says Directorio Democratico Cubano's mission is to: 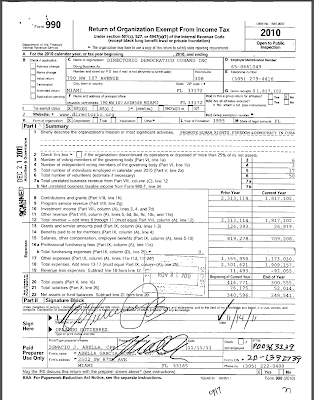 The Form 990 provides insight into how the grant money is spent, but some of the spending categories are vague, making it difficult to know where the money went.
For instance, the form shows compensation for officers, directors and key employees as $121,217. That's clear enough. But it also lists $455,364 in compensation to any "disqualified" persons. IRS defines that as "any person who was in a position to exercise substantial influence over the affairs" of the organization during the past five years "by virtue of their powers and responsibilities or certain interests they hold."
That's incredibly ambiguous.
Continuing along down the Form 990, there are other expenses. They include:
The category above called "Other" is a big chunk of money: $264,730. I can't find a breakdown showing how that was spent.
A separate catch-all category called "All Other Expenses" is another significant amount: $481,529. Further down in the form, there is a breakdown of that:
The list leaves me wondering what those television ads could be. Radio programming costs are also significant. I don't know what that is for. Perhaps it's the buying of radio time on a station such as WRMI, a shortwave broadcaster in Miami. 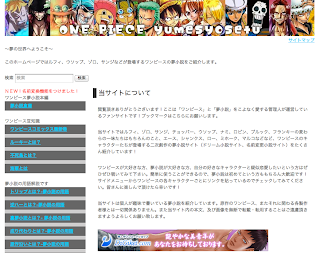 Moving along...The Form 990 lists the following salaries:
That totals $180,862.
Directorio, whose address is listed as P.O. Box 110235 in Hialeah, reported receiving $13,472,490 in grants from 2006 through 2010. Here's a breakdown of that:
On its 2010 Form 990, Directorio reported $26,819 in wire transfers to organizations in other countries. I believe these are solidarity committee offices. The transfers included $5,601 to the Dominican Republic and $21,318 to Argentina.
It's clear that a lot of U.S.-government-funded work related to Cuba is done outside the United States.

Wrapping up, I'd like to point out that I don't intend to single out any of the groups doing democracy-promotion work in Cuba. I know there a lot of hard-working, well-intentioned people at these organizations and I don't mean to focus on any particular groups or individuals.
I wrote about Directorio in October (see Cuba Money Trail: Tale of two Miami non-profits) after several readers asked me about the organization. At the time, the Directorio hadn't filed its Form 990 for 2010. I decided to file this post after noticing that the latest form had been filed.
Posted by alongthemalecon at 11:27:00 AM

In the United States of America EVERYTHING is a business. It happens on the right and on the left of the political spectrum.

The great majority on non-profit organizations are just legal excuses for a few smart capitalists who live very well with the money they receive as "salaries." They do not do any work.