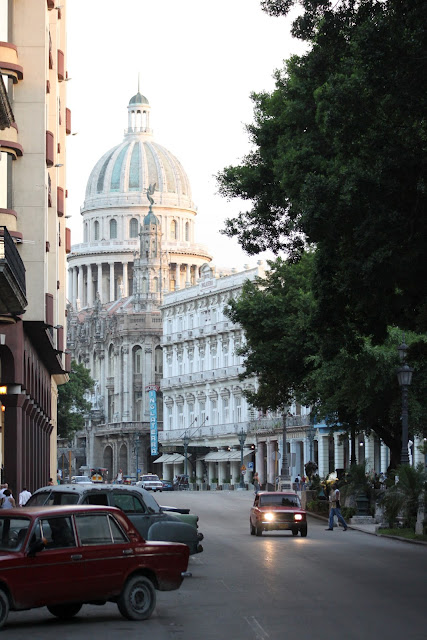 The U.S. Agency for International Development has released some new details on its planned digital democracy program in Cuba. Excerpts from the agency's request for applications is below. Download the full document 42-page here.

The agency says it plans to use new and existing technology to increase the flow of uncensored information to and from Cuba.

USAID advises that private contractors who travel to Cuba are working at their own risk. According to the agency's travel liability clause:


Given the nature of the regime in the country of operations and the political sensitivity of the USAID Program, USAID cannot be held responsible for any injury or inconvenience suffered by individuals traveling to or operating in the country under USAID funding. Except as otherwise provided in the agreement, the Recipient accepts the risks associated with required recipient performance in such operations.

Note use of the term "inconvenience." That's a real understatement. Getting thrown in prison isn't just inconvenient.

Also interesting is that USAID defines civil society groups as “two or more persons who organize a social space outside state authority to collectively discuss and debate (and possibly take action on) a particular topic of shared interests, values or purpose.”

So it doesn't take great numbers to form an organization that can potentially receive democracy funds.


Additional information, taken directly from the USAID document, is below:

The United States Agency for International Development (USAID), represented by the Bureau of Latin America and the Caribbean (USAID/LAC), Office of Cuban Affairs is seeking applications for Cooperative Agreements for a three-year Civil Society program entitled “Digital Democracy.” USAID is contemplating awarding up to two Cooperative Agreements totaling up to $3 million per project for a period of up to three-years. Each organization may submit only one application, and each organization is eligible for only one Cooperative Agreement. The authority for this activity is found in the Foreign Assistance Act of 1961, as amended. The Recipients will be responsible for ensuring achievement of the program objectives. Please refer to the Program Description for a complete statement of goals and expected results.

Cuba remains one of the most politically repressed countries in the world. Current Cuban law prevents the right to assemble, limits political freedoms, restricts freedom of expression and labor rights, and enforces a state monopoly over mass media. Leading international organizations such as the Inter-American Press Association, the Committee to Protect Journalists, and Reporters Without Borders have ranked Cuba as one of the worst Internet censored societies in the world.

All media are government-run and closely supervised. News and information programming is nearly uniform across all outlets, and distribution of printed material from foreign sources or critical of the government is prohibited. Foreign newspapers or magazines are unavailable, and distribution of material with political content, interpreted broadly to include the Universal Declaration of Human Rights, is not allowed and can result in harassment and even detention.

Since the 2008 lift on the ban of mobile phones for consumer use, the growth in mobile phones has increased significantly to over 1 million users. Phone call prices are still expensive for the average Cuban so SMS texting is often the preferred method of communication within the island.

The Internet in Cuba remains the slowest in the hemisphere. The average Cuban citizen cannot afford the Internet fees. All Internet traffic passes through dial-up or limited satellite linkups.

Citing these limitations, the government has granted Internet access only to a chosen few with the vast majority being limited to using the Internet through regulated youth clubs and Internet centers.

The United States Government is committed to supporting the simple desire of the Cuban people to freely determine their future and to enjoy the rights and freedoms that define the Americas.

The United States foreign assistance program is designed to strengthen direct engagement with the Cuban people and to support grassroots, Cuban-led initiatives. Consistent with overall United States policy toward Cuba, the United States Government’s foreign assistance program seeks to support the application of innovative digital technologies to facilitate access to uncensored information. Foreign assistance is also being used to increase grassroots participation; expand civil society networks; provide humanitarian assistance to political prisoners; support human rights activists; and support Cubans in their pursuit of fundamental freedoms such as freedom of expression and freedom of the press. For a full review of USAID’s programs and achievements, please refer to the USAID’s website at www.usaid.gov.

The intent of this project is to increase and expand the use of digital technologies and new media to facilitate the flow of uncensored information to, from, and within the island, and to support communication among the Cuban people, especially among independent civil society groups and networks. The program seeks to encourage the free exchange of ideas and distribution of information on a range of issues, by harnessing existing virtual networks and improving the use of existing technology on the island.

Funding will support the use social media tools and/or other appropriate digital technologies (i.e., cell phones) by independent groups to support the flow of uncensored information.

Strategic alliances and partnerships with specialized IT firms that will allow prospective applicants to leverage digital technologies and new media in new and creative ways are highly desirable. The program seeks to build upon USAID’s previous projects with Information and Communications Technologies (ICTs) to utilize new design approaches and maximize the potential use of innovative technology on the island. Proposed programming should include activities that can leverage existing technology into new and creative uses in the immediate term, as well as present medium and long-term technological applications that facilitate the flow of uncensored information. In addition, selected implementing partners are expected to collaborate closely with USAID to participate in pilot-testing new applications of technologies identified through other programs supported by USAID.

The Cuban people have found innovative ways to harness the power of digital technology. In the past few months, the number of on-island bloggers has flourished. In addition, the use of cell phones to capture and communicate the Cuban government’s systematic human rights abuses has increased.

The U.S. government has and continues to support a range of activities that promote the distribution of unfiltered information to, from, and within the country. In recent years, USAID has supported the distribution of hundreds of flash drives, laptops, cameras, books, journals, etc., throughout the island. Current programs strengthen independent civil society groups and networks throughout the country, which foster the distribution of information to their constituents. USAID seeks to build on this work to promote the innovative use of a wide range of technologies to support independent civil society groups and networks. Under this award and subject to the Congressional approval and availability of funds, USAID/LAC/Office of Cuban Affairs intends to issue up to 2 awards, with an estimated ceiling up to $3 million per project for a period of up to three-years. With these funds, USAID seeks to facilitate access to digital technologies by local independent society groups and networks to empower citizens in their pursuit for basic freedoms. To this end, strategic alliances and partnerships with specialized IT firms that will allow prospective applicants to leverage digital technologies and new media in new and creative ways are desirable.

The amounts and types information made available throughout the world during the internet era has been unprecedented. However, the restrictions the Cuban government placed on the distribution of information, including access to the internet, have left Cubans yearning for greater access to unfiltered information. During the last 20 years, various independent civil society groups and networks have been filling this void by distributing uncensored information and knowledge throughout the country. This program will build on previous efforts to expand and deepen independent groups’ and networks’ ability to provide a range of unfiltered information by leveraging a variety of appropriate digital technologies to create tools that enable communications among independent groups. The program seeks to promote new and effective uses of digital technologies and new media to facilitate the exchange of ideas and stimulate critical thinking on key issues affecting daily life in the island.

Use of social media is small but growing, and it is expected that this program will promote the use of a wide-range of technology to broader segments of the population. Materials provided through civil society groups and networks should enable citizens to make informed decisions and to help them think critically about events that directly impact their lives. The program will focus on expanding the use of appropriate digital technologies to enhance citizen’s capacity to organize and advocate for greater opportunities to participate in activities affecting their lives. The program seeks to increase information and ideas developed by independent sources in Cuba through new uses of information and communication technologies. The last few years have witnessed a significant increase in the quality of locally produced information and analysis from a small but growing cadre of independent journalists. Many of the articles produced by this group are published in international media outlets yet very few Cuban citizens are able to access this information. Networks of independent civil society groups and networks are well-placed to serve as a platform for greater access and dissemination of locally produced independent information and analysis.