What did USAID do with the money? 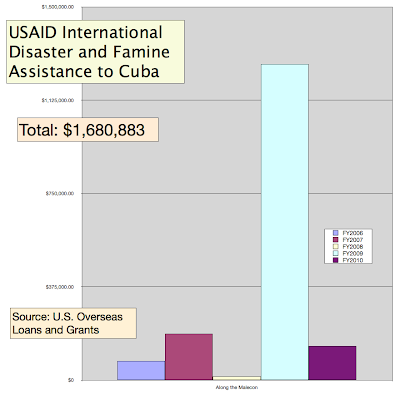 USAID's Cuba budget records list more than $1.6 million in International Disaster and Famine Assistance funds.
I've come across this sort of thing before and have never been able to figure out how such money was used.
We don't have diplomatic relations with Cuba. The Cuban government, as far as I know, doesn't usually accept disaster relief money from the United States. Or does it?
I wonder whether the disaster money - purportedly spent from 2006 to 2010 - was diverted toward something else.
Posted by alongthemalecon at 11:06:00 PM