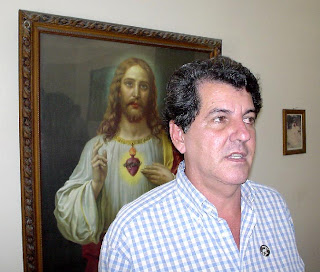 In 2010, Oswaldo Payá told me that the proximity of the United States ensures that it will remain "part of the Cuban reality." But he said it was not the duty of tourists, the U.S. government or American businesses to bring change to Cuba.
Tourists drinking daiquiris in Havana aren't going to create change in Cuba, Payá said. Here's what the dissident leader said - a statement repeated on Jaime Bayly's program on MegaTV on July 24 and translated by Capitol Hill Cubans:


It is not up to the U.S. to bring about changes in Cuba. Nor is it up to the U.S. businessmen who say that by doing business here they will bring change. Nor is it up to U.S. tourists. And I say this to those who say that U.S. tourists will bring changes to Cuba. The Spaniards and Canadians haven't done so. Moreover, that's an insult to the Cuban people. Changes will not be made by tourists drinking daiquiris and mojitos, strolling through our beaches and staying in hotels that Cubans don't stay in.