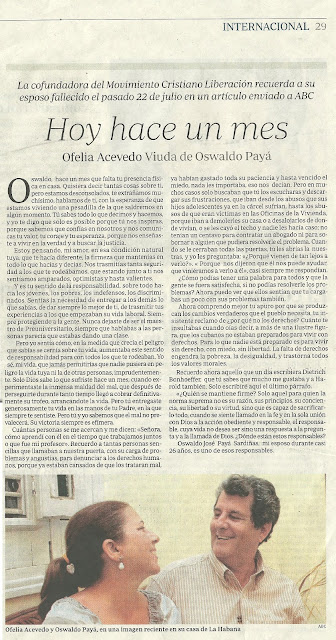 The photo caption calls this a "recent image" of Ofelia Acevedo and her husband, Oswaldo Payá. But I can tell you that the photo is not all that recent. I photographed the couple at their home in Havana's El Cerro neighborhood on July 14, 2010 (see more photos from that day here).
I wrote to ABC newspaper in Spain this morning, saying that the paper was using my photo without permission and improperly claiming credit for it. This is trivial, I know, especially when compared to more important matters - the controversy surrounding Payá's death, Ofelia Acevedo's fight to learn more about the car crash that killed her husband, the Payá family's struggle to recover, the fight for human rights. So pardon me for mentioning the photograph. But it's annoying when media organizations steal photos and claim them for their own. 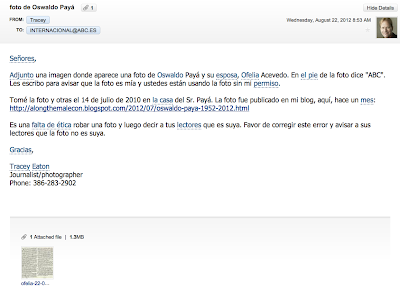