Rodiles vows to fight on Antonio Rodiles was freed Monday after spending 19 days in jail. These photos are from the Facebook page of Estado de Sats, the civic group that Rodiles directs in Havana.


The project of course will continue and I would say even more forecefully. The idea of the project Estado de Sats, of the campaign “For Another Cuba,” has to do with respect for the rights of Cubans, with respect for the human being first and foremost, with the opportunity to debate, to openly discuss, and I think that with this beating this was the main thing they showed me: this way is the way for Cuba to change, and clearly violence is the enemy. Now more than ever I believe that the work requires total dedication. 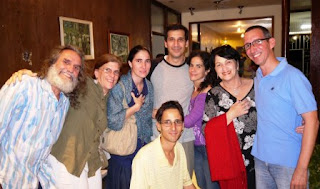