Below is an English translation of a statement that Cuba's Ministry of Foreign Affairs released on Nov. 1. A State Department response is at the end of the statement.

The Interests Section of the United States (USIS) in Havana is serving as headquarters of the government policy of subversion against Cuba, which has among its primary purposes to fabricate an opposition movement to the legitimate government of Cuba and to promote internal destabilization to cause "regime change" in our country.
As has been reported previously, in recent years, the USIS has continued illegal activities that have nothing to do with the functions of a diplomatic mission and that are to promote, advise, instruct, train, fund and supply the means and various technologies their mercenaries in Cuba. Diplomats from that office continuously encourage these people, they serve the interests of the Government of the United States against Cuba in exchange for a substantial monetary reward, to carry out provocative actions, handle campaigns about the reality of the country and act against Cuba's constitutional order.
In its efforts to provide leadership in the impossible task of turning their mercenaries into a credible internal opposition movement, the SINA channels funds from the government budget of the United States and through this means finances the business of internal subversion. 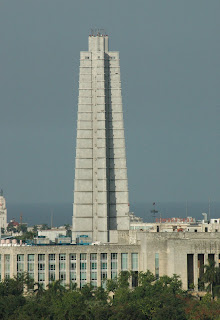 In its efforts to interfere in the internal affairs of Cuba, the USIS has gone so far as to take on training tasks, establishing within its local headquarters illegal Internet centers to provide training and provide training to individuals, with the aim of acting against Cuban state interests, in flagrant violation of the Vienna Convention on Diplomatic Relations, of Cuban law and the agreement itself that led to the establishment of the U.S. Interests Section.
In Cuba, as in many countries, the consent of the Cuban state and the approval of the Ministry of Higher Education is required to provide educational programs or courses. Also required are authorization and an operating license from the Ministry of Information and Communications to provide Internet services. The SINA does not have any permission to give these benefits, which it performs without the consent of the Cuban authorities, and is therefore illegal.
It is unacceptable and cynical that this type of program that SINA promotes, incompatible with other functions of a diplomatic mission, are to be developed by the country maintaining, by law and by the decision of its government, a policy of blockade and hostility directed to crush and destroy the Revolution, which, among other things, restricts the free educational, cultural, academic, scientific and sports exchanges between the two countries and prevents Cuba from connecting to the dozens of submarine cables around the island to access Internet.
There is irrefutable evidence that illegal activities performed by SINA are funded by U.S. government officials, who award millions of dollars annually to the State Department and the U.S. Agency for International Development (USAID), under Section 109 of the Helms-Burton Act, which explicitly aims to promote a change in the political, economic and social development of Cuba. 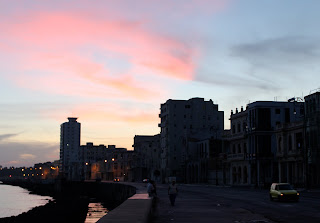 These subversive actions, coupled with the tightening of the economic, commercial and financial, the increasingly fierce persecution of Cuban financial transactions and the use of new pretexts to evade the proposal to hold a serious dialogue, respectful and equal between the two countries, which Cuba has reiterated, demonstrate that the current U.S. government has no real desire to leave behind the worst policies and practices of the Cold War and does not give up in its attempts to try to bring our nation under its control.
The Foreign Ministry denounces the United States Interests Section's illegal activities, its offensive and provocative meddling, and demands an end to its permanent incitement to carry out actions aimed at subverting the legitimate and sovereign constitutional order that the Cuban people have chosen.
The Foreign Ministry confirms that Cuba will not give ground to interference and will use every legal means at its disposal to defend its hard-fought sovereignty and make ensure that the Cuban people and the country's laws are respected.
Havana, November 1, 2012


We are absolutely guilty of those charges. The U.S. Interests Section in Havana does regularly offer free courses in using the Internet to Cubans who want to sign up. We also have computers available for Cubans to use. Obviously this wouldn’t be necessary if the Cuban government didn’t restrict access to the Internet and prevent its own citizens from getting technology training.