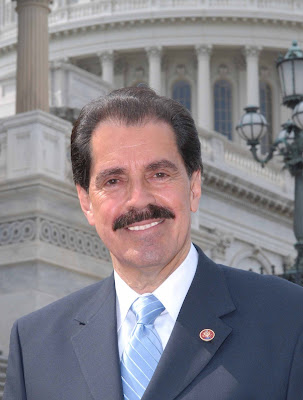 U.S. Rep. José Serrano, D-N.Y., introduced a bill on Jan. 4 to lift the trade embargo on Cuba.
H.R. 214 was referred to a congressional committee, where it has a 6 percent chance of moving on to the House or Senate, and a 1 percent chance of being enacted, according to GovTrack.us, a tool aimed at helping the public follow legislation.
The text of the bill is below:

To lift the trade embargo on Cuba, and for other purposes.


IN THE HOUSE OF REPRESENTATIVES

Mr. SERRANO introduced the following bill; which was referred to the Committee on Foreign Affairs, and in addition to the Committees on Ways and Means, Energy and Commerce, Financial Services, the Judiciary, Oversight and Government Reform, and Agriculture, for a period to be subsequently determined by the Speaker, in each case for consideration of such provisions as fall within the jurisdiction of the committee concerned

To lift the trade embargo on Cuba, and for other purposes.

Be it enacted by the Senate and House of Representatives of the United States of America in Congress assembled,

SECTION 1. SHORT TITLE.
This Act may be cited as the ‘Cuba Reconciliation Act’.

(b) Trading With the Enemy Act- The authorities conferred upon the President by section 5(b) of the Trading with the Enemy Act, which were being exercised with respect to Cuba on July 1, 1977, as a result of a national emergency declared by the President before that date, and are being exercised on the day before the effective date of this Act, may not be exercised on or after such effective date with respect to Cuba. Any regulations in effect on the day before such effective date pursuant to the exercise of such authorities, shall cease to be effective on such date.

(c) Exercise of Authorities Under Other Provisions of Law-

(1) REMOVAL OF PROHIBITIONS- Any prohibition on exports to Cuba that is in effect on the day before the effective date of this Act under the Export Administration Act of 1979 (as continued in effect under the International Emergency Economic Powers Act) shall cease to be effective on such effective date.

(2) AUTHORITY FOR NEW RESTRICTIONS- The President may, on and after the effective date of this Act--

(A) impose export controls with respect to Cuba under section 5, 6(j), 6(l), or 6(m) of the Export Administration Act of 1979 (as continued in effect under the International Emergency Economic Powers Act); and

(B) exercise the authorities he has under the International Emergency Economic Powers Act with respect to Cuba pursuant to a declaration of national emergency required by that Act that is made on account of an unusual and extraordinary threat, that did not exist before the enactment of this Act, to the national security, foreign policy, or economy of the United States.

(1) REPEAL- The Cuban Liberty and Democratic Solidarity (LIBERTAD) Act of 1996 is repealed.

(f) Termination of Denial of Foreign Tax Credit With Respect to Cuba- Subparagraph (A) of section 901(j)(2) of the Internal Revenue Code of 1986 (relating to denial of foreign tax credit, etc., with respect to certain foreign countries) is amended by adding at the end thereof the following new flush sentence:

‘Notwithstanding the preceding sentence, this subsection shall not apply to Cuba after the date which is 60 days after the date of the enactment of this sentence.’.

(B) by inserting ‘(other than Cuba)’ after ‘to the government of a country’;

(A) by striking subsection (b);

(i) by striking ‘Prohibition’ and all that follows through ‘(1) IN GENERAL- ’ and inserting ‘In General- ’;

(ii) by striking ‘for exports to Cuba or’;

(iv) by redesignating paragraph (3) as subsection (b) (and conforming the margin accordingly); and

(C) in subsection (b) (as redesignated), by striking ‘paragraph (1)’ and inserting ‘subsection (a)’;

(i) Repeal of Prohibition on Transactions or Payments With Respect to Certain United States Intellectual Property- Section 211 of the Department of Commerce and Related Agencies Appropriations Act, 1999 (as contained in section 101(b) of division A of Public Law 105-277; 112 Stat. 2681-88) is repealed.

SEC. 4. TRAVEL.
(a) In General- Travel to and from Cuba by individuals who are citizens or residents of the United States, and any transactions ordinarily incident to such travel, may not be regulated or prohibited if such travel would be lawful in the United States.

(b) Transactions Incident to Travel- Any transactions ordinarily incident to travel which may not be regulated or prohibited under subsection (a) include, but are not limited to--

(1) transactions ordinarily incident to travel or maintenance in Cuba; and

SEC. 5. DIRECT MAIL DELIVERY TO CUBA.
The United States Postal Service shall take such actions as are necessary to provide direct mail service to and from Cuba, including, in the absence of common carrier service between the 2 countries, the use of charter providers.

SEC. 6. EFFECTIVE DATE.
This Act, and the amendments made by this Act, shall take effect 60 days after the date of the enactment of this Act.
Posted by alongthemalecon at 11:10:00 PM