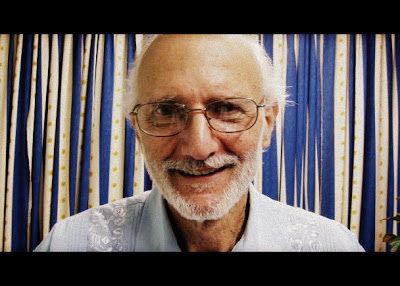 Contrary to the allegations made by the source of a denounce against the Cuban government, the detention of Mr. Alan Phillip Gross in Cuba has not violated any of the articles of the Universal Declaration of Human Rights, the International Covenant of Civil and Political Rights or the Group of Principles for the Protection of Persons Under Any Form of Detention or Imprisonment. Therefore, this in no way qualifies as an arbitrary detention.

Mr. Gross was detained, prosecuted and sentenced for illegally and covertly introducing in Cuba communication equipment using non-commercial technology which is only meant to be used for military purposes and for creating clandestine networks for the transmission and reception of data, destined to implement a US Government program funded by the federal budget of that country with the aim of subverting Cuba’s constitutional order and jeopardizing the stability of the country.    Mr. Alan Gross was paid hundreds of thousands of dollars to do that.  He was sentenced for committing acts against Cuba’s national security and public order, not for promoting freedom or any of the rights enshrined by the aforementioned international instruments. The covert actions he carried out violated the Cuban legislation and are considered to be serious crimes in most countries, including the United States.
Mr. Gross was not prosecuted for helping the Jewish communities to have access to the Internet.  All Cuban synagogues have Internet access, and they did have it even before Mr. Gross’s visit to Cuba. He did not reveal to any of the members of the Jewish Community in Cuba with whom he interacted the true purpose of his project and the fact that he was a USAID Contractor.  Many of the members of that community who were witnesses to his actions stated in their depositions, including the ones that were made during the trial, that they had been deceived by Mr. Gross.
The United States will not accept, just as many other countries won’t, any other government to act in disregard of American regulations by secretly sending some individuals to its own territory using government funds from that State so that these persons may put up covert and illegal communication systems without any previous arrangement or registration, much less if these are meant to perpetrate destabilization activities against the existing order.
From the very moment of his detention, Mr. Gross, who was subject to a thorough investigation, given the revelations that came to light about his violations of different provisions of Cuba’s legal system, was granted all guarantees and rights of the due process, as enshrined in the Constitution of the Republic of Cuba, the Cuban laws and all relevant international instruments.  The Government of the United States was informed, on a permanent basis, through diplomatic channels, about the different stages of the legal process.  He was granted all guarantees for his defense, with full respect for his rights before justice.  His family appointed and hired the services of a lawyer.  After being sentenced, Mr. Gross was granted every facility to have his case reviewed and the opportunity to be heard at a public hearing by a superior court.
Mr. Gross has received a decent and humane treatment since he was detained.  He has been allowed to keep in touch with his relatives, lawyers and friends –even by phone- on a regular basis. Mr. Gross can talk to them every week by phone. He eats food according to a balanced diet, including light food of his choice; he is entitled to send and receive correspondence without any restriction, as well as books, magazines and newspapers.  Besides, he receives consular assistance through the monthly visits he receives from US officials based in our country.  Cuba has authorized all the visits requested by his wife and has guaranteed special facilities during these.
In order to ensure the best conditions to Mr. Gross, he has been staying at a military hospital since his detention, where he has received specialized medical assistance.  His health condition is normal for a person his age and considering the chronic diseases he suffers from.  He has been evaluated by Cuban medical specialists of international renown in different specialties.  Likewise, he has undergone more than one hundred medical tests at absolutely no cost.  He practices physical exercises on a daily basis, including walks and push-ups, among others.  He watches his body weight, which is normal, by deciding what foods he takes and the amount of exercises he practices.
This has not been an “arbitrary detention” but rather the prosecution –with all due guarantees, as ensure by the Cuban legislation- of a person who has violated the law of a sovereign state and has been therefore properly sentenced by a competent court.

COMMENTS AFTER THE RESPONSE

It is not within the mandate of the Working Group on Arbitrary Detentions to evaluate or judge the national legislation of a sovereign State or make any statement on the independence and impartiality of the courts, except for those aspects related to non-compliance with the Universal Declaration of Human Rights and the appropriate international instruments accepted by the affected States, which Cuba has strictly complied with.
The Working Group made a hasty analysis of this item on November 23, outside the scheduled agenda, without the translation of the Cuban response and based on an alleged “executive summary” drafted by some person. The deliberation by the experts took two hours.
We know of the pressures exerted by the United States on the Group to force out an opinion that would exactly coincide with the actions that have been planned to mark the anniversary of Mr. Gross’ detention.
(Cubaminrex)
Posted by alongthemalecon at 7:35:00 PM