A heartbeat from the Cuban presidency?

The Cuban parliament on Sunday named Raúl Castro to another five-year term and chose former education minister Miguel Díaz-Canel as his top deputy.
Castro, 81, said he wouldn't seek another term in 2018, making it likely that someone outside the Castro family would lead the country for the first time since 1959.
Díaz-Canel, 52, was appointed a vice president of the Council of Ministers in March. According to his biography:

Below are photos of taken of Díaz-Canel and other Cuban leaders attending July 26 events in 2010 and 2011. 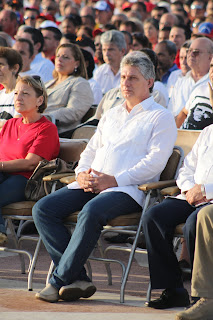 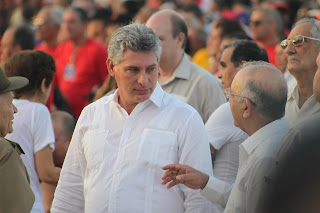 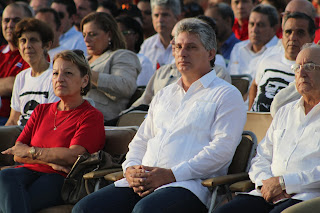 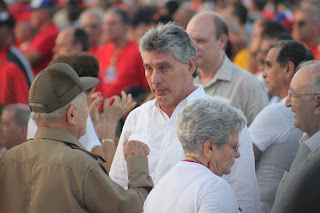 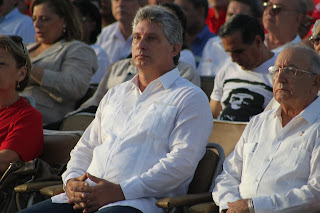 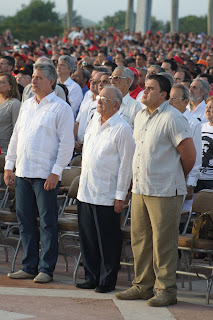 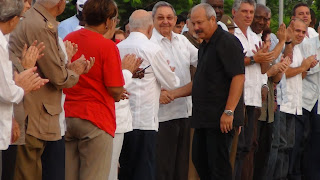 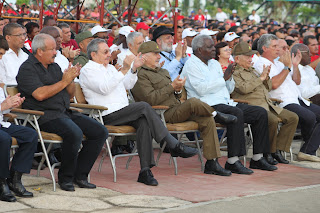 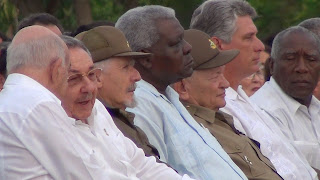 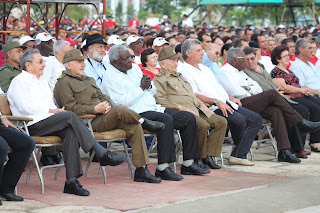