Doctor now flying under the radar

A wealthy Florida doctor facing unsettled accusations that he hosted senatorial sex parties in the Dominican Republic asked the FAA to block his plane's flight activity from public view in air traffic tracking systems.
The FAA granted the request earlier this month, allowing Dr. Salomon Melgen to keep his flight records secret.
Melgen's plane is a 1981 Canadair CL-600 Challenger, with 13 seats and a roomy eight-foot-wide cabin. Among his more illustrious passengers has been his longtime friend, Bob Menéndez, a Cuban-American lawyer who rose from the Union City Board of Education to the U.S. Senate.
Menéndez, 59, won re-election in November and was named chair of the Senate Committee on Foreign Relations, putting him in a key position to influence U.S. policy toward Cuba.
But his hard-fought rise in politics has been tainted by claims that he has repeatedly traveled to the Dominican Republic to cavort with prostitutes with Melgen, one of his major campaign donors.
Menéndez denied in a statement that he patronized prostitutes, calling such accusations "false" and "politically motivated."
The FBI is investigating the claims, following the leads of an elusive tipster who goes by the name "Peter Williams." 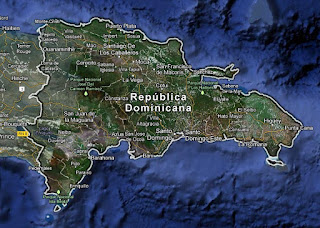 In January, Menéndez wrote a check to Melgen for $58,500 to reimburse him for two flights he took with the doctor to the Dominican Republic in 2010.
Menéndez should have reported the trips to the Senate's Select Committee on Ethics within 60 days of travel. His office said his failure to report them earlier was an "oversight."
Menéndez properly reported a third trip.
Some journalists in the Dominican Republic suspect that he may be underreporting the trips he has made to the island.
Fausto Rosario Adames, director of Acento, an online newspaper that follows issues of government transparency, said:


The generalized version of the story in the Dominican Republic is that Senator Menéndez has been in the country frequently, and came here incognito on private flights, and played golf and had fun. He even took part in birthday parties of friends and relatives of Solomon Melgen.
Many people in high society talk, in private, about the many social activities of Menéndez at Casa de Campo.

Melgen, an ophthalmologist, owns a villa at Casa de Campo, a luxurious 7,000-acre beach resort in the town of La Romana on the island's southeastern coast. Satellite images show the home and swimming pool nestled next a golf course fairway in the development's Ingenio neighborhood. 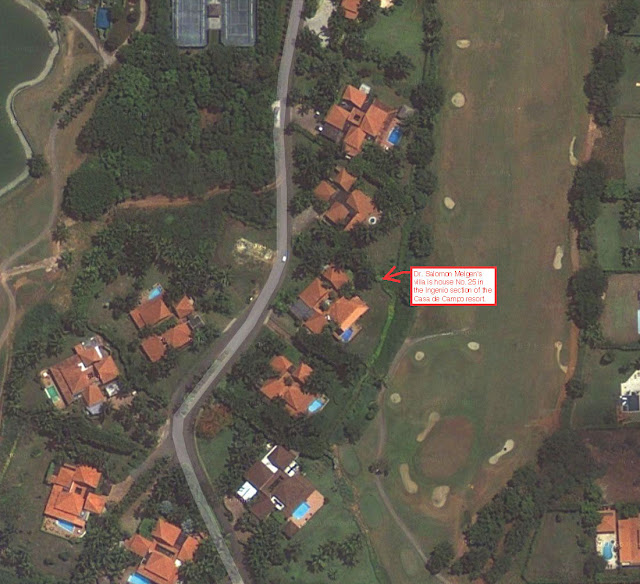 
These stories about prostitutes have been completely fabricated and it’s audacious to me that these allegations can be spread anonymously. This scandal has been created out of thin air.

In any case, Melgen's efforts to hide his flight records show more concern about privacy than transparency.
The issue of whether owners of private planes should be required to disclose flight activity is controversial. Many Americans were outraged in November 2008 when executives of Ford, Chrysler and General Motors flew to Washington on private jets to meet with lawmakers and plead for a $25 billion federal bailout.
The company that leased the jet that carried General Motors' executives quickly filed an application to block its flight data from public view.
That prompted ProPublica, an independent news organization in New York, to file a Freedom of Information Act request for a list of all companies that had asked for their flight activity to be blocked since Jan. 1, 2000. (See ProPublica's argument for releasing the information).
The Federal Aviation Administration agreed that such information should be public and planned to release the list on June 16, 2009. But the day before the release, a trade group representing private plane owners sued the FAA to keep the information secret.
The National Business Aviation Association, or NBAA, argued that making flight activity public could jeopardize companies' "proprietary information and their passengers' privacy and security."
Robert Lamond Jr., the group's director of Air Traffic Services & Infrastructure, wrote:


Many NBAA members have expressed to me their grave concerns that competitors might track their company's activities by monitoring the comings and goings of members' aircraft and their employees.

Some members of Congress agreed with that sentiment and forced the FAA to reverse rule changes that made it more difficult for companies to keep their flight activity from public view.
Before the controversy erupted, companies that wanted their flight activity shielded needed only to apply for a Blocked Aircraft Registration Request. They did not need to provide a reason why their flight information should be kept secret. And they sent their application directly to the NBAA, which managed the so-called BARR program.
After the 2009 brouhaha over the fat-cat carmakers' travels to D.C., the FAA decided that companies must submit what was known as a "Certified Security Concern" to justify their inclusion on the blocked aircraft list.
But the NBAA's supporters in Congress managed to scuttle that requirement in 2011 and the FAA had to write new rules for the BARR program. The proposed guidelines are now at the public discussion phase.
A key federal government database containing flight information is the Aircraft Situation Display to Industry, or ASDI,  a data stream containing such data as location, airspeed, altitude, destination, arrival time and aircraft tail number. The FAA uses the information to track planes in real-time. The agency also sells the information to such vendors as Flightwise and FlightAware, which maintain websites that offer flight tracking to the public.
Under FAA rules, the websites aren't allowed to disclose even past flights once a company asks the agency to block its flights. So the public can no longer obtain the historical flight records for Melgen's plane.
In January, before the flight activity was blocked, the Associated Press reported that Melgen's plane had made more than 100 trips to the Dominican Republic and about a dozen flights included brief stopovers in the Washington area.
The news agency didn't post the records online. However, readers can find the records for some of Melgen's flights in a Wall Street Journal database of more than 6.8 million flights carried out from 2007 through 2010.
Those records detail 286 flights, including 53 to the Dominican Republic, and show Melgen's company as Vitreo-Retinal Consultants of The Palm Beaches (See the flights in the WSJ database here or download PDF of the flights).
FAA records list the plane's owner as another Melgen company, DRM Med Assist LLC.
The firm bought the plane from Fortune Jet Group Inc. on July 16, 2009. Melgen requested an expedited registration because of plans to travel to the Dominican Republic the next day. 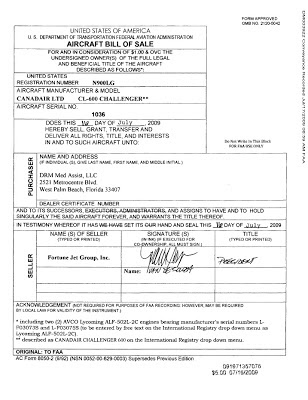 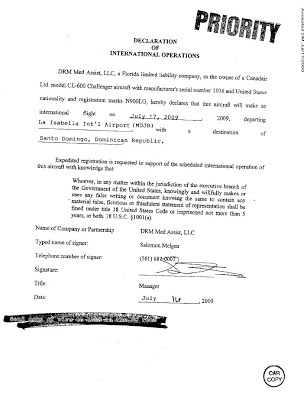 The tail number of the 68-foot-long jet is N900LG. Searching for the plane's flight information on FlightAware prompts a message that reads:


This aircraft (N900LG) is not available for public tracking per request from the owner/operator.

That shows the flight records for the plane are blocked. A district judge ruled in February 2010 that the tail numbers of blocked planes - though not the flight information - could be released under FOIA.
The NBAA called the judge's decision "unwise."
Even flight-tracking information that is only a few hours old can hurt a company if it is disclosed, the group said in a court document.


When this occurs, irreparable damage is caused by public knowledge of where aircraft and company employees have recently traveled; this can lead to knowledge of sensitive negotiations, likely business transactions or future movement of senior company leadership possibly jeopardizing their security as well as proprietary business information.
Not only does this disclosure place an individual employee's personal security at risk but can also inappropriately influence the value of a public company as well as having adverse competitive effects.

ProPublica reviewed the list of 1,100 blocked planes that the FAA released in 2010 and found that "in at least some cases, the program has also served as a refuge for plane owners who’ve faced bad publicity." (See list).
Chuck Collins, who has studied the private jet travel business, told ProPublica that the public should be able to monitor flights because commercial passengers and taxpayers heavily subsidize business aviation. He was quoted as saying:


Note: This article was shared with the Center for Democracy in the Americas as part of a six-month collaborative project with non-profit group. See more about our collaboration here.
Posted by alongthemalecon at 7:18:00 AM