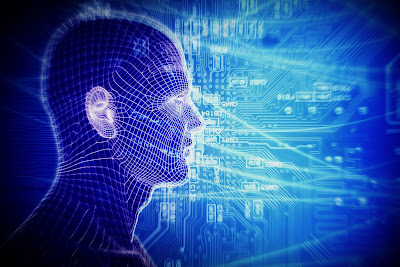 Its name is unwieldy and bureaucratic, but its mission is lofty: to become the world's leading international news agency.
The Broadcasting Board of Governors runs civilian international broadcasting for the U.S. government. It has 50 news bureaus and offices worldwide and employs 3,696 people, rivaling CNN. And its audience is immense: More than 187 million people in 100 nations.
Cuba watchers know the agency for its Miami-based Radio and TV Martí operations. But the BBG has redesigned its strategy over the past two years, boosting efforts to promote Internet freedom and reach Cubans on mobile phones and social networking sites. (See Spanish translation of this post, H/T Que Pasa Miami).
The Obama administration began shifting millions of dollars in Internet freedom programs from the State Department to the BBG in 2011.

Former Sen. Richard Lugar and others had criticized the State Department's effectiveness because:
The shift in resources allowed the BBG to expand its Internet Anti-Censorship Division, or IAC, which has a budget of $11.6 million for fiscal 2013.
The division promotes Internet freedom in a dozen so-called "censored countries," including Cuba.
As part of the Cuba effort, the BBG has paid Washington Software Inc., of Germantown, Md., nearly $2 million since 2011. Payments have included:
Total: $1,983,366 (see records).

The documents don't show how many text messages have been sent to Cuba under the program. One record shows that the BBG paid Washington Software $14,474 for 361,873 text messages sent during October 2011.
That was a busy news month: Ladies in White founder Laura Pollán died on Oct. 14, and Hugo Chávez went to Cuba for cancer treatment two days later.
But federal records don't show if 361,873 messages - some 11,673 per day - was an unusual amount.
In any case, it works out to 4 cents per message. And if that rate were applied to the entire $173,073, it's conceivable that Washington Software sent 4,326,825 text messages to Cuba in less than a year.
Social media and mobile technology have clearly become key methods for reaching such target countries as Cuba.
The Office of Cuba Broadcasting operates Radio and TV Martí and requested a budget of $23.5 million for fiscal 2013. The BBG's budget request states:


OCB’s website, Martinoticias.com, now includes live streaming audio and video of Radio/TV Marti. The workflow of the site, newly migrated to the Clickability platform used by VOA, is able to respond immediately to breaking news.
In the past year, the site added up-to-the-minute information on the repression of bloggers in Cuba. Martinoticias.com has also launched its own YouTube Channel, Facebook page, and Twitter feed. Work is under way to expand the number of Internet domain extensions for Martinoticias.com to make it more difficult for the Cuban government to block access to the website.
In addition to multiple web domains, OCB uses anti-censorship tools such as web-based proxies to reach Internet users in Cuba. These proxy sites enable unobstructed delivery of e-mails containing news, information, and instructions for circumventing government Internet filters.
SMS messaging is a promising new solution for communicating with audiences in Cuba, as the medium allows OCB to easily “push” information to most mobile phone users in a manner that is difficult to filter. OCB is also exploring the use of virtual chat rooms tied into SMS messaging efforts.

It's difficult to argue with efforts to expand access to information in Cuba. But some critics may raise some questions about the BBG's operations. Among them:
No doubt, the infusion of Internet freedom funds has boosted the BBG's technological capabilities. The agency now claims to operate "one of the most advanced Information Technology infrastructures in the entire Federal Government."
The BBG works with a number of organizations, including:
A BBG fact sheet says its Internet anti-censorship team:


Is also reaching out to other groups interested in Internet freedom such as Google, Freedom House and the National Endowment for Democracy’s Center for International Media Assistance.


There have been increases in the number of web users in censored countries who now have nearly unrestricted access to content, and the BBG has expanded the range of useful tools with which to access our content. The main beneficiaries of the program are not only the citizens of China and Iran, but a dozen countries around the world, including Vietnam, Burma, Uzbekistan, Cuba and Somalia. Various country-specific tools are used that take into account the technical sophistication of the regimes’ filtering mechanisms with the browsing habits of the citizens.

For more details on the agency's IT efforts, see "Driving Transformation: 2012 Technology, Services & Innovation Annual Performance Report."
The BBG has requested $720 million for fiscal 2013 for its programs around the globe. Its goals include becoming "the world’s leading international news agency by 2016" and reaching "key audiences in support of free, open, democratic societies."
The sprawling agency has nearly 3,700 employees, including some 1,500 journalists around the world. That is more than either the Fox News Channel or MSNBC. (See Pew Research Center's 2013 "State of the News Media" report for statistics).
CNN has said it has about 4,000 employees, slightly higher than the BBG's workforce.
As part of its mission, the BBG says it promotes "U.S. foreign policy priorities" while remaining "fully independent editorially."
A January 2013 Inspector General's report applauded BBG staffers, saying they carry out "journalism of the highest caliber" and have "a widespread devotion to supporting democracy and freedom."
The report was mostly negative, however, and described the BBG board as "dysfunctional." It stated:


The Board’s dysfunction stems from a flawed legislative structure and acute internal dissension. Board meetings are dominated by one member whose tactics and personal attacks on colleagues and staff have created an unprofessional and unproductive atmosphere.

The report was marked "sensitive but unclassified." It blamed the board's "current paralysis" on a single member and said "the reputations of other Board members should not be damaged because of his tactics."
The report said the member had an "insulting and intimidating manner," which created needless tension and "hampers productive exchange."
Inspectors didn't name the offending member, only describing him as a former mayor. The only ex-mayor on the board is Victor H. Ashe,  former mayor of Knoxville. He told the Washington Post that the report was “unwarranted, unfair and factually incorrect.”
The American Federation of Government Employees Local 1812 defended Ashe, called the Inspector General's report a "hatchet job," and asked lawmakers to investigate why it was done.
To Ashe's credit, he is the only board member who lists his contact information on the BBG website:
The Inspector General's report also criticized board member Michael Lynton, CEO of Sony Entertainment, Inc. BBG Watch states:


Mr. Lynton has not been able to find enough time to devote to BBG business or even to attend board meetings in recent months. He had been also frequently absent earlier in his tenure, had been seen texting on his phone during open board meetings or left some before they concluded. His most recent absence has been both prolonged and unexplained. It prevented the BBG from holding a formal board meeting in February because members were not certain whether they would have a quorum.

Note: This article was shared with the Center for Democracy in the Americas as part of a six-month collaborative project with non-profit group. See more about our collaboration here.
Posted by alongthemalecon at 8:43:00 PM

Tracey, of all the pro-democracy expenditures dedicated to Cuba, without a doubt the most wasted are those dollars budgeted to Radio/TV Marti. During my three years in Cuba I met very few people who had listened to a broadcast and no one who was a regular listener. You are likely well-informed about the actual disbursements but I would dare say most of this money over the years was never spent as advertised. That said, it is true to some extent that the pro-embargo business has been very profitable for a well-connected few in Miami and Madrid. It's a shame really because while the cause remains noble, the reality has been tainted with corruption. That said, format changes will likely do little to improve the program so long as the same players are involved. It is the new wine in old wineskins all over again.

Any waste and inefficiency that exists at Radio/TV Marti is a real shame because, as you say, it's a noble cause.