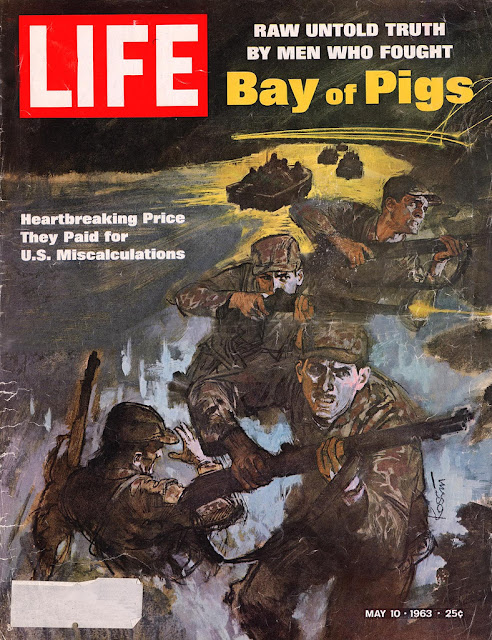 Here's the latest press release from Brigade 2606 in Miami:

The Brigade 2506 Bay of Pigs Veterans Association welcomes you to Miami, Yoani Sanchez, a Cuban woman who is a symbol for many, especially those from Cuba who are trying to bring to the people of the island and primarily to the outside world the realities that the current system imposes or denies.

We hope that this encounter with Yoani will create a perspective that delve into all the complexity and the feeling of being Cuban and what we call Cuban, with respect to not only what we deserve but what we must provide.


This last point reminds us that we have fought in a different arena than that of Yoani to restore democratic principles in our country. Consequently, we support any manifestation as a means of expression against the oppressive and undemocratic regime that rules Cuba.

The 2506 Assault Brigade invites all freedom-loving citizens to receive in this, our second home, Miami, this fighter for Democracy and Human Rights and show that as free men and women we can, respectfully, have our differences , but we are united by something higher: CUBA, our country.

"We will never abandon our homeland"