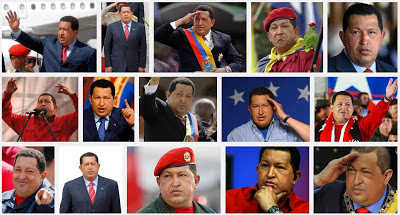 Hugo Chavez has died after a two-year battle with cancer, ending the controversial leader's 14-year reign.
Venezuelan Vice President Nicolas Maduro announced the news in a televised speech.
Chavez, a former army paratrooper who dreamed of spreading socialism across Latin America, was 58. His government was Cuba's most important economic and political ally. He was close friends with Fidel Castro. And when he needed help the most, he turned to Cuba, where doctors treated him for cancer.
Chavez was a combative and polarizing figure. His supporters said he defended the poor and disenfranchised in Venezuela. Critics accused him of running a secretive and corrupt government, and celebrated each time new rumors surfaced that Chavez was dead.
Washington will not miss Chavez. Raúl Castro will. The oil-rich Venezuelan government provided Cuba with subsidies worth billions of dollars per year.

It will be interesting to observe what manner of rhetoric will now come out of Caracas. Will it continue along the same anti-American lines or will Maduro et al use this opportunity to mend bridges. Early signals indicate the former as Maduro in his speech today before the death announcement accused the US of attacking Chavez with the cancer that took his life. Obama's response to Chavez death was measured and dignified. And so it begins...

Yes, it will be interesting... I don't follow Venezuela closely, but I would not be surprised to see Maduro attack the U.S. to whip up nationalist sentiment in Venezuela and distract people from the many challenges facing his country.