The tale of Bob Menéndez 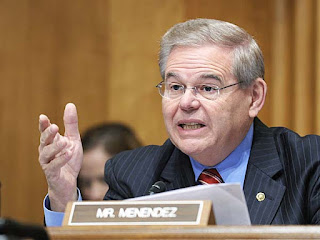 Ten months after Peter Williams emailed a watchdog group, alleging that Sen. Bob Menéndez had engaged in sexual misconduct, the tipster's identity remains a secret.
His - or her - first email read:


My duty as a U.S. citizen obligates me to report what I consider to be a grave violation of the most fundamental codes of conduct that a politician of my country must follow.

That caught the attention of Melanie Sloan, executive director of Citizens for Responsibility and Ethics, a Washington, D.C., watchdog group dedicated to holding politicians accountable for their actions.
But both Sloan and later the FBI soon grew frustrated with the tipster because he refused to meet in person or even speak by phone. 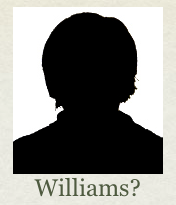 And while the Sloan's group and media organizations have been able to confirm some of the information that the informant provided, his anonymity has seriously undermined his claims.
The Menéndez story began as a tale of alleged sex parties in the Dominican Republic, but other issues quickly developed, including disputes over federal contracts, port security in the Caribbean and potential Medicare fraud.
The controversy has many moving parts. To learn more about it, I searched for and read hundreds of pages of documents related to Menéndez and one of his major campaign donors, a Florida doctor named Salomón Melgen.  Then, earlier this week, I wrote a backgrounder about the two men and posted it here for anyone interested in reading more and coming to their own conclusions about the senator from New Jersey.
Some people speculate that the tipster chose his pseudonym in remembrance of Harrison "Pete" Williams Jr., a New Jersey senator convicted of taking bribes in the Abscam sting operation in 1981.
William quit the Senate a year later before his colleagues' schedule vote to expel him.
As part of the Abscam operation, federal agents posed as Arab sheiks and offered bribes to members of Congress. Williams landed in prison for his role in the scandal, becoming the first senator to be jailed in eight decades. He was released in 1986 and died in 2001.
Menéndez, who was born in New York City on New Year's Day in 1954, denies any wrongdoing.
A career politician and lawyer, he was reelected in November 2012 and named chair of the Senate Foreign Relations Committee on Feb. 1.

During an appearance in New Jersey on Feb. 9, Menéndez complained about the informant's anonymity and the timing of stories about his accusations. Menéndez said:

If the informant Williams is lying about Menéndez, he has done a serious injustice to the senator and should be punished.
American authorities should track him down and prosecute him for making false statements to a federal agency. That is a crime punishable by up to five years in prison and a $250,000 fine.

Note: This article was shared with the Center for Democracy in the Americas as part of a six-month collaborative project with non-profit group. See more about our collaboration here.
Posted by alongthemalecon at 11:38:00 AM