Dissident: Fight for freedom is inside Cuba 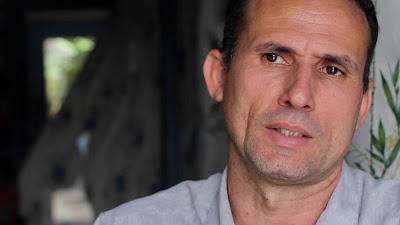 José Daniel Ferrer is a dissident leader in eastern Cuba. He helped collect signatures for the Varela Project, which was aimed at pressuring for political change from within the socialist system.
He was arrested during the March 2003 crackdown known as the Black Spring. Cuban authorities convicted him and sentenced him to 25 years in prison.
Ferrer was among the last dissidents to be freed in 2011 and refused a deal to settle in Spain. He told Reuters:


I want to see a free people, and the best place to fight is here inside. 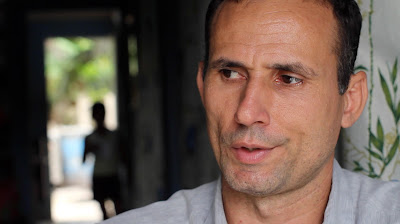 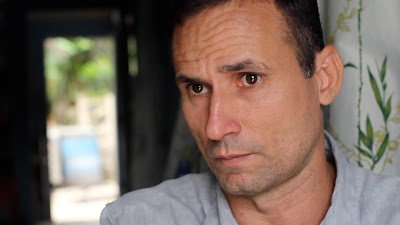 As the opposition gains traction in Cuba, it is to be expected that there will be some splintering within the movement. There is a saying, "success has many fathers, but failure is an orphan". Ferrer's comment is a veiled criticism of the recent travels of Yoani Sanchez and others. Like Ferrer, many in the dissident community seem envious of Sra. Sanchez international fame and fortune. The inevitable end is near for the Castro regime, either through biology or economic doom. I hope that the dissident community can keep internal differences to a minimum to be in a position to lead the Cuba that will emerge.

Moses, All the ex political prisoner from The Black Spring have been excluded from the new “travel reforms”, they would only be granted a visa to leave the island for good.
Yoani have mentioned the unfairness of the reform, and how the Cuba government have denied these activists their right to travel freely and return to their homeland.

Marite, while I lament the fact that those dissidents who have sacrificed so much seem to be the ones least able to tell their story by virtue of the travel ban, the reasons given for this ban are generally valid around the world. When an ex-prisoner is on parole which is the legal status of these Black Spring ex-political prisoners, they are typically not permitted to travel. Moreover, parolees are usually not given travel visas by the countries they wish to visit. On this point, the Castro dictatorship has used a commonally-accepted practice to oppress opposition voices.

The Varela project had most likely been financially supported by the U.S. and by Cuban American groups (many of which are open supporters of anti-Cuba terrorists Luis Posada Carriles and Orlando Bosch). That would mean that these men are culpable - in the least - with accepting support from a foreign government whose stated desire is the overthrow of the Cuban government. Is it that hard to appreciate that a crime such as that would be considered among the worst type of treason in any country in the world?