Since 2009, USAID and State Department funds for democracy programs in Cuba have ranged from $15 million to $20 million per year. In October 2010, I asked USAID:


How much of the money from, say, $15 million reaches the hands of dissidents, pro-democracy activists and other aid targets in Cuba?


The vast majority of this money is intended for individuals on the ground in Cuba. Our objective is to maximize the amount of support that benefits Cubans on the island.

"Vast majority" is hard to define. I'd like to think that USAID meant 70 or 80 percent, but let's say it's 51 percent. Does that much support reach Cuba?
To find the answer, I dug up the most recent tax records for USAID's current seven partners. Five are based in or around Washington, D.C. Two are in South Florida. All are in various stages of three-year grants ending in 2014 or 2015.
I quickly found that it's hard to estimate how much support reaches Cuba because USAID grantees:
So I hesitate to read too much into their balance sheets. But a few things are clear:
See below for additional details on 2011 expenses that USAID's current partners reported in 2012.

Notable expenses: IRD doesn't provide a breakdown of its Cuba expenses. In fact, I couldn't find Cuba in the tax record, although it may be hiding in this document.

The IRD reported receiving $44,062,038 for "Democracy, Governance and Community Development." Perhaps its Cuba program is buried in there somewhere. To be fair, large NGOs can't report the same level of detail in spending reports as smaller organizations because their operations are so vast. (See IRD's Form 990 for 2011).

Notable expenses: NDI spending in Central America and the Caribbean included:
At least some of that money likely targeted Cuba. (See NDI's Form 990 for 2011).

Foundation for Human Rights in Cuba, 1312 S.W. 27th Ave., Miami, FL.
Description: "Established to empower Cuban Civil Society in its struggle to build a free and democratic Cuba." The Cuban American National Foundation, or CANF, created the FHRC in 1992. The FHRC has been a separate organization for more than a decade, according to the Miami Herald, but shares the same address as the CANF.
President: José Antonio Costa
USAID Cuba grant: $3.4 million for September 2011 to September 2014

Records do not describe the equipment. It is shown as $83,542 for "events & other" and $41,861 for "other projects."
The organization's website says the foundation supplies Cubans with "computers, DVD players (and instructional DVDs), cell phones, and other related communication equipment." (See FHRC's Form 990 for 2011).

Salaries and other compensation: $156,899
This included:
None of the paid employees were named. The organization's president, José Antonio Costa, and other officers listed their salary as zero.
Assorted other expenses: $98,827.
This included:
Conferences and/or travel: $22,672.

Kudos for community involvement:
The foundation reports that fundraising events brought in $232,467. That shows that the organization doesn't entirely depend on the government and has community support.

Notable expenses:
Salaries and other compensation: $38,754.
The organization's president, Frank Hernandez-Trujillo, earned a salary of $36,000. 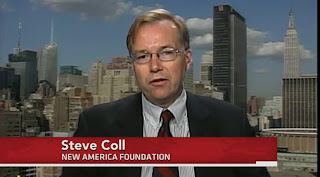 USAID Cuba grant: $4.3 million for September 2012 to September 2015
Description: "To bring exceptionally promising new voices and new ideas to the fore of our nation's public discourse through fellowships and issue-specific programs and sponsoring a wide range of research, writing, conferences and events on the most important issues of our time."
President: Steve Coll

Notable expenses: The foundation spent $3,507,513 on technology policy programs. This includes money for its Open Technology Institute, which is developing tools to allow democracy activists in Cuba and other nations to build independent wireless networks. (See "Cuba likely target for mesh network").

Note: This article was shared with the Center for Democracy in the Americas as part of a six-month collaborative project with non-profit group. See more about our collaboration here.
Posted by alongthemalecon at 6:43:00 AM

And some of these millions of dollars are probably used for campaign contributions to support politicians who are pro-Embargo so these NGOs can continue to "study" and "promote" democracy in Cuba.

All I know is that if money were a big priority, I got into the wrong business...