Mimi Whitefield and Andres Viglucci of the Miami Herald wrote an excellent, well-sourced, in-depth article explaining how Yoani Sánchez has financed for her globe-trotting journey. Excerpts are below:

...How has this woman with limited Internet access at home in Havana, few high-powered connections, no organization and limited financial resources pulled off a grueling, attention-grabbing itinerary across three continents that would challenge even the most savvy road warrior?

As it turns out, the same way she has managed to make a living in Havana and cultivate hundreds of thousands of Internet and Twitter followers around the globe: by plugging into an extensive, informal network of dedicated supporters...


Her flight from Havana to Brazil was covered by business supporters of a film festival that planned to screen a documentary in which she appeared. Another film festival took her to Prague. A Mexican university paid for her travel to Mexico City. The IAPA put up Sánchez, volunteer chair for Cuba of the group’s Freedom of the Press Committee, at its three-day conference in nearby Puebla, IAPA Director Julio Munoz said.

Her flight from the Netherlands to Miami? Paid for by her sister Yunia, a pharmacy tech who emigrated from Cuba two years ago, friends and supporters said. 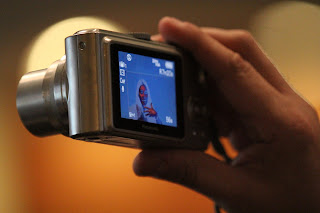 “There was no grand plan or scheme going on here,’’ said Maria Werlau, a Cuban exile activist in New Jersey who hosted a dinner for Sánchez and a group of her collaborators, most of whom had previously met only on the Internet. “Everything was pretty much put together on the fly.
Sánchez, who has often fielded skeptical questions during public appearances about how she managed to finance and organize the tour, has been emphatic in saying she hasn’t taken any government money.


In fact, says Ted Henken, who coordinated her New York and Washington visits, he advised another Cuban blogger , Orlando Luis Pardo, who accompanied Sánchez on part of her itinerary, to say no to a Washington tech conference co-sponsored by the State Department because it would have covered his expenses.

But because some of the institutions and organizations that hosted Sánchez may receive government funding, Henken, a professor of Latin American Studies at Baruch College in New York, said it’s impossible to say categorically that absolutely no public funds have gone into underwriting her tour.

But, he added, “To the extent that she can prevent it, she doesn’t take any government money.
“We care about image and we care about reality,’’ said Henken, who is also president of the Association for the Study of the Cuban Economy. 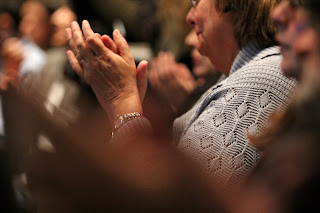 Henken turned to the Cuba Study Group, which supports a peaceful transition in Cuba and has previously aided the association in funding U.S. visits by Cuban scholars, for financial help. Study Group co-chairman and Miami businessman Carlos Saladrigas said some of his members came up with $6,000 to $7,000 for a car and driver in New York and Washington and some lodging and air fare. The Cuba Study Group, he said, receives no U.S. government funds.

So careful has Sánchez been about the source of trip financing that she demurred upon learning that a Miami event to which she was invited was being billed as a fundraiser for the Foundation for Human Rights in Cuba, the group that employs her brother-in-law and receives U.S. government funds. She agreed to attend only after the event, at the Coral Gables Country Club, was scaled down and attendees, including Bay of Pigs veterans and CANF members, were asked to pay only the cost of putting it on, organizers confirm.

Mary Jo Porter, a Seattle transportation planner who has been translating Sánchez’s popular and award-winning Generacion Y blog into English for five years, laughs at claims that the U.S. government is paying for her translation work or the tour.

The job of translating the blog into more than a dozen languages, she said, is done by volunteers such as a couple in Japan who own a furniture shop, a Dutch lawyer and a Polish woman living in California. A couple living outside Montreal, former Cuban journalist Aurora Moreira and her husband, Chilean-born Camilo Fuentes, run and maintain Sánchez’s blog site, Henken said.

“We’re all waiting for our check from the CIA,’’ joked Porter, who flew to New York last month at her own expense to meet Sánchez for the first time. “It’s been lost in the mail for five years.’’ 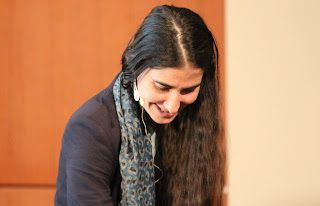 In the United States, some logistics and support came from Raices de Esperanza (Roots of Hope), a privately funded group that seeks to empower young people in Cuba. Its members sponsored a breakfast and reception while Sánchez was in New York and also organized a Miami event with the Knight Foundation, where she answered questions that arrived via Twitter.
“We haven’t directly financed her trip or travel. We just took on the costs of the events,’’ said Raul Moas, executive director of Raices de Esperanza. 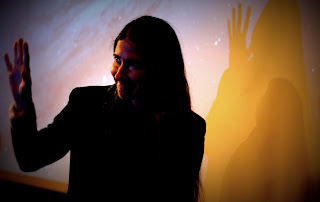 ...Sánchez addressed her funding and said money and prosperity are sensitive topics for the Cuban government.

When a Cuban, through talent or solidarity with others, starts to move beyond the “survival level,’’ she said, “that starts to bother the government and it starts questioning the integrity and moral ethics of a person.

Great article. Now we know how she financed her trip. Too bad the information had to come from other people and not from the prolific blogger herself. I don't understand her silence on this VERY important issue.

Not even the “HavanaJournal" with their “objective" point of view believes this. This lady is a fake if I ever saw one, and time will tell. What happen to the 200-250,000€ won with all her great writing? She gave it to the poor? Using Cuban terminology, she is a “llorona" and a “picadora".

I believe nothing of this. All this apparently non-government funded itinerary can be perfectly manufactured. Just as it has been manufactured her rise to fame and price-winning record.
Just terribly smelling crap.
Let's see who use who.
Just wait.

Why do you care so much about Yoani’s wealth? She is a hard working woman who has sacrificed her own personal life for speaking her own mind, and for that she deserves all the recognition and supporters. In a normal and free country (which Cuba is not) a person like Yoani wouldn’t be accused of being a spy because of her political views.
Who investigates the Castro family’s wealth and family trips around the world? For using the inland’s resources as their private property, while Cubans are 3rd class citizens.

On the contrary, within the confines of time and appropriateness to her hosts, Yoani has explained her travel finances. If you are inclined to disagree with her views regarding the Castro dictatorship, you will likely never be satisfied with any explanation she offers. Her various award winnings are of what concern to anyone? She is a private citizen who has been very brave to express her opposition to a cruel and repressive regime. I applaud her and plan to buy her an $10ETECSA phone card on my next trip to Cuba just because!

Oh I beg to differ... She doesn't talk about money because so many do it for her as you can see right here on this blog. This week however, while she was in Miami receiving her Latinovator award, the Associated Press released their investigation which included reams of documents that identify her and her husband in detail re: where they spend a lot of time... the private home of the Chief of US Interests in Cuba. And if you read the Wikileaks documents that identify "her views" you'll see that she doesn't consider herself a freedom fighter or anything of the kind. She's a business woman interested in turning Cuba on its head and says so clearly - read it for yourself...

Here's the Wikileak link so you can skip the article and go read Wiki directly: http://www.cablegatesearch.net/cable.php?id=07HAVANA622&q=parmly%20sanchez%20yoani