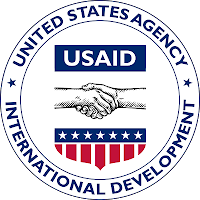 The State Department and the U.S. Agency for International Development on May 17 told Congress how they intend to spend $20 million in funds that date to fiscal 2012.
Lawmakers Ileana Ros-Lehtinen, Marco Rubio and Bob Ménendez had complained earlier this month about the federal government's plans to cut fiscal 2013 2014 Cuba democracy funds from $20 million to $15 million.
I reported earlier today that this was all the same pot of money, but it's money from two different fiscal years. Sorry for the mistake - all this fiscal year stuff and delayed spending is confusing to me.
The way I understand it now is that the government has two years to spend the fiscal 2012 money for Cuba programs and it is just now telling Congress its intentions.
State and USAID told Congress how they plan to spend the fiscal 2012 funds, according to the May 17 notification. I don't have a copy of the document, but here's the gist of it (See a detailed breakdown of the $20 million here).
The congressional notification stated:

State and USAID are committed to implementing these programs with all due oversight and appropriate mechanisms that will help measure better results in support of the Cuban people. State and USAID will ensure these funds are allocated on a competitive basis and reach a broad representation of civil society; that as few funds as possible are spent outside of Cuba; and that funds support the actions of Cubans on the island who are working for peaceful democratic change.

Mark P. Sullivan, a specialist in Latin American affairs at the Congressional Research Service, published a great explanation of the funding process for the Cuba democracy programs in a March 29 report called, "Cuba: U.S. Policy and Issues for the 113th Congress."
He wrote:


Since 1996, the United States has provided assistance—through the U.S. Agency for International Development (USAID), the State Department, and the National Endowment for Democracy (NED)—to increase the flow of information on democracy, human rights, and free enterprise to Cuba.

USAID and State Department efforts are largely funded through Economic Support Funds (ESF) in the annual foreign operations appropriations bill. From FY1996-FY2012, Congress appropriated some $225 million in funding for Cuba democracy efforts. In recent years, this included $45.3 million for FY2008 and $20 million in each fiscal year from FY2009 through FY2012. The Administration’s FY2013 request was for $15 million. Generally, as provided in appropriations measures, ESF has to be obligated within two years. According to the Government Accountability Office (GAO), USAID has received the majority of this funding while the State Department has also received funding since FY2004.

FY2011. The Administration again requested $20 million in ESF for FY2011 to support democracy and human rights projects. According to the Administration’s request, the assistance would focus on providing humanitarian assistance to prisoners of conscience and their families, strengthening civil society, supporting issue-based civic action movements and coalitions, and promoting fundamental freedoms, especially freedom of expression and freedom of the press. The Senate version of the State Department and Foreign Operations appropriations measure, S. 3676, reported by the Senate Appropriations Committee on July 29, 2010 (S.Rept. 111-237), would have provided that $2 million of the ESF appropriated for Cuba be transferred and merged with funds for the National Endowment for Democracy for democracy programs in Cuba. Congress did not complete action on FY2011 appropriations until April 2011 when it approved a full-year appropriations measure (P.L. 112-10). In August 2011, the Administration made known its FY2011 foreign aid allocations by country, which included the full $20 million for Cuba democracy assistance that had been requested.

FY2012. The Administration once again requested $20 million in ESF for FY2012 with the promotion of democratic principles as the core goal of assistance, and Congress supported the full amount in the conference report to the FY2012 Consolidated Appropriations Act (H.Rept. 112-331 to H.R. 2055, P.L. 112-74). The budget request stated that there was an increased effort to manage programs more transparently, focus efforts on Cuba, and widen the scope of the civic groups receiving supports. According to the Administration’s request, U.S. assistance would strengthen a range of independent elements of Cuban civil society, including associations and labor groups, marginalized groups, youth, legal associations, and women’s networks. The programs would be designed to increase the capacity for community involvement of civil society organizations and networking among the groups. The program would also support Cuban efforts to document human rights violations, provide humanitarian assistance to political prisoners and their families, and build leadership skills of civil society leaders. Finally, the budget request maintained that U.S. assistance also would support the dissemination of information regarding market economies and economic rights.

The Senate Appropriations Committee-reported version of the FY2012 Department of State, Foreign Operations, and Related Programs Appropriations bill, S. 1601 (S.Rept. 112-85), would have provided $15 million in ESF for Cuba ($5 million less than the request), including humanitarian and democracy assistance, support for economic reform, private sector initiatives, and human rights. In its report to the bill, the committee maintained that it expected that funds would be made available, and programs carried out, in a transparent manner. The committee also would have directed that the USAID Administrator provide regular updates to the committee on the number of Cubans who receive assistance and the types of assistance. In contrast to the Senate bill, a draft House Appropriations Committee bill and report (marked up by the Subcommittee on
State, Foreign Operations, and Relations Programs on July 27, 2011) would have recommended $20 million in ESF for Cuba (the full Administration’s request), and would have directed that the funds be used only for democracy-building, and not for business promotion, economic reform, social development or other purposes expressly authorized by Section 109(a) of the Cuban Liberty and Democratic Solidarity Act of 1996 (P.L. 104-114). (See the draft committee report, available here).

FY2013. For FY2013, the Administration requested $15 million for human rights and democracy programs for Cuba. According to the request, “U.S. assistance will continue to support human rights and civil society initiatives that promote basic freedoms, particularly freedom of expression. Programs will continue to provide humanitarian assistance to prisoners of conscience and their families, as well as strengthen independent Cuban civil society, and promote the flow of uncensored information to, from, and within the island.”
The Senate Appropriations Committee-reported version of the FY2013 State Department, Foreign Operations, and Related Programs Appropriations Act, S. 3241 (S.Rept. 112-172), would have provided $15 million in ESF for Cuba (the same as the Administration’s request), including “for humanitarian assistance, support for economic reform, private sector initiatives, democracy, and human rights.” In contrast, the House Appropriations Committee-reported version of the bill, H.R. 5857 (H.Rept. 112-94), would have provided $20 million in ESF ($5 million more than the Administration’s request), but would transfer and merge the aid with funds available to the National Endowment for Democracy “to promote democracy and strengthen civil society in Cuba.” The report to the House bill maintained that assistance “shall not be used for business promotion, economic reform, social development, or other purposes not expressly authorized by section 109(a)” of the Cuban Liberty and Democratic Solidarity Act (P.L. 104-114). Congress did not complete action on FY2013 appropriations before the beginning of the fiscal year, but in September 2012, it approved a continuing resolution (H.J.Res. 117, P.L. 112-175) that continued FY2013 funding through March 27, 2013, at the same rate for projects and activities in FY2012, plus an across-the-board increase of 0.612%, although specific country accounts were left to the discretion of responsible agencies. On March 21, 2013, Congress completed action on full-year FY2013 appropriations with the approval of H.R. 933. This continues FY2013 funding for Cuba democracy programs, although the amount that ultimately will be allocated is uncertain because of the effects of sequestration set forth in the Budget Control Act of 2011 (P.L. 112-25), as amended by the American Taxpayer Relief Act (P.L. 112-240).

Note: This article was shared with the Center for Democracy in the Americas as part of a six-month collaborative project with non-profit group. See more about our collaboration here.
Posted by alongthemalecon at 4:29:00 PM