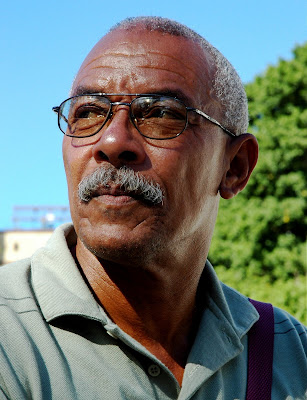 The FBI's pursuit of Assata Shakur has me wondering about some of the others who have taken refuge in Cuba over the years.
One of those is Charles Hill, who is wanted in the murder of a New Mexico state police officer.
Hill and two other members of a black separatist group met the officer on Nov. 8, 1971, on a New Mexico highway. Police say one of the three suspects shot officer Robert Rosenbloom, killing him. The men hijacked a plane and forced the pilot to fly to Cuba.
In a 2009 interview, Hill told me that police targeted blacks in the 1970s. He said:


They went after us. If you had an Afro hairdo and got stopped by a cop, they went after you. We were being persecuted. There's no doubt about it.

He said he didn't agree with the label "domestic terrorist." He said:


Hill told me he had a Cuban wife, two children and a grandson, and had a life that would be difficult to give up if he had to return to the United States. He said:


Basically, if I had an opportunity to go back to the States and be free on the streets and I couldn't come back to Cuba, that would be a tough choice. Right off the top of my head, I don't think I would leave my son and my daughter and my grandson here and not be able to come back to Cuba. 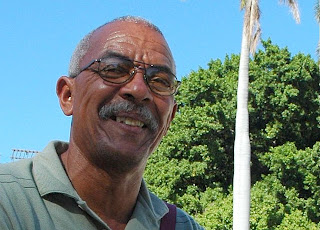 He pointed out that health care is free in Cuba.


No, no, I wouldn't give it up, man. You know, I'm too old now. I don't have any retirement plan back in the United States.

He said the socialist government had made mistakes, but was "constantly trying to work for the people." He said:


See, this is the basic difference. I don't think the United States government works for the American people.