Spy case to get new judge

The espionage case against Marta Rita Velázquez will be reassigned to a new judge, according to a court document filed today.
The case had been assigned to Royce Lamberth, who stepped down in July as chief judge of the District Court in Washington, D.C.
Mandatory retirement laws forced Lambert to quit in July after he turned 70. See Washington Post story about his tenure.
The court sent the Velázquez case to its calendar committee, where I presume it will be reassigned to another judge.
See details of the Velázquez indictment here.
Posted by alongthemalecon at 9:02:00 AM No comments: 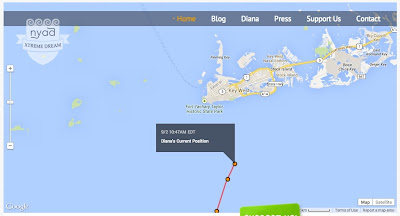 Not far now... See Diana Nyad's website here.
Update: She made it!
Posted by alongthemalecon at 10:56:00 AM No comments: