This is a letter from William Potts, who has been trying to return to the United States from Cuba.

Open Letter To The President From American Muslim Hijacker

Apparently High officials in the Obama administration have targeted me and have decided to make me into a modern day Black Nathan Hale by refusing to issue me a one way passport that would allow me to return home to the U.S. after having completed a 15 year prison sentence in Cuba for hijacking. On March 27th 1984 I hijacked a North American airliner from New York to Havana Cuba. There I was taken into custody, tried in a Cuban court of law and sentenced to fifteen years in prison, all in accordance with the strict and specific stipulations of The Hague Convention For The Prevention Of Unlawful Seizure of Aircraft to which both the U.S. and Cuba are both signatories. Robert Patrick Richter, a white American, who also hijacked a plane to Cuba, in July 1983, was issued such a passport and a twin engine private plane was procured and the white American hijacker did in fact return to the United States in 1988 where he was sentenced to five additional years by U.S. District Judge William Zloch taking into consideration the time Richter had already spent in Cuban prison.

Two convicted American hijackers. One white, the other Black. Why the double standard?

I have been in contact, since September of 2012, with the Asst. U. S. District Attorney’s office of Mr. Todd Mestepey and have made clear my sincere desire to return to the United States and face the charges against me. A Mr. Brent Brown, a U.S. federal officer I met with at the U.S. Interest Section here in Havana to discuss my imminent return to the U.S. informed me that he was awaiting instructions from Mr. Mestepey’s office to issue me a document, a one way passport, which would allow me to return directly to the United States. At that meeting Mr. Brown, to my surprise, treated me quite decently. He explained to me how, due to the outstanding federal warrants against me, I would formally be taken into federal custody and how the return would play out. Everything Mr. Brown explained was perfectly reasonable and completely acceptable to me. Over a year has passed however and I have yet to be issued this one way passport to travel back home to begin the judicial process, the only process by which this pending case of nearly thirty years can finally be brought to a close.


I have written to the Asst. U.S. District Attorney´s office and have made repeated visits to the U.S. Interest Section here in Havana all to no avail. I have even written to President Obama with all due respect and have asked him, in all humility, to prevail upon the Asst. U.S. District Attorney’s office to move with all due haste to act swiftly to instruct the competent personnel of the U. S. Interest Section here in Havana, who’s function it is to handle cases such as mine, to make available to me the necessary documentation which would allow me to return home, albeit in the custody of Mr. Brown, to begin the process of bringing this case to a just conclusion and yet my earnest plea apparently has fallen on hardened hearts and deaf ears fore the Asst. U.S. District Attorney´s office show no signs of interest in bringing this old case to a just conclusion. Quite to the contrary their perpetual stalling antics and stonewalling tactics indicate to me that they have every intention of obstructing justice indefinitely by not issuing me the necessary document to return to my country of origin to face any and all charges that maybe pending against me. This is unique, I believe, in the annals of jurisprudence in that both an accused and convicted terrorist wishing voluntarily to surrender to federal authorities to face charges stemming from an outstanding warrant for his arrest for the crime of skyjacking wasn´t taken into custody by the F.B.I. because they don´t want to do the necessary paperwork. 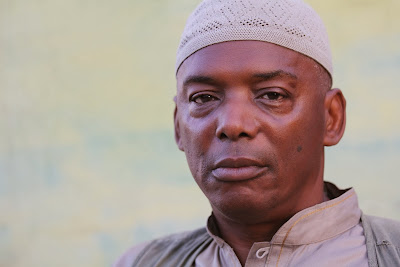 Or is there perhaps another reason, like they don´t have a case due to the fact that, unlike the white American hijacker, I completed my 15 year sentence?

Whatever the reason the matter can not remain thus (I won´t allow it.) and must be settled definitively once and for all. For the crime I committed I was sentenced to 15 years in prison, and I did every day. I paid my debt. All that remains is a moral imperative I feel to present myself before the passengers and crew of that flight and express to them personally my sincere remorse at having endangered them although I made every possible effort to ensure their safety and comfort the entire duration of the action.

The trifling stalling shenanigans of the Asst. U.S. District Attorney´s office is reprehensible in the injustice it does to me and my family, and regrettable in that it has failed to take advantage of a unique opportunity to work together with me (of whom they obviously have no case) in order to dissuade and possibly prevent another hijacking in the future by some ideologically misguided youth somewhere, and in the process avert a catastrophe and save innocent lives.

A man who commits a crime, especially one in which there was no loss of life, is imprisoned and pays his debt to society is entitled to a second chance to begin his life anew with a clean slate and a fresh start. The U.S. representatives of justice should understand this, one would think, but instead of understanding my every overture of peace has been met with a smug, cynical vindictive attitude and I came to realize in time that the U.S. representatives have assumed an unethical and possibly illegal position against me which they intend to maintain indefinitely. I have, therefore, no other recourse open to me but to fight them for my right to return home and be reunited with my family at last. I initiate this hunger strike now the 21st of October 2013 determined to bring this lamentable episode to an end one way or another. God knows I don´t want to end up like Bobby Sands. I have a family and two excellent children and in them I have everything to live for, but if I fail to pick up this gauntlet that the U. S. Asst. District Attorney´s office has thrown to the ground at my feet then I must resign myself to a de facto life sentence and abandon any hope of ever being reunited with my family again, and this is something that I will never do. Yes, I did the crime, and I´m sorry for it, but I did the time too. Now all I want to do is go home. (Like the other fellow.) The U.S. Asst. District Attorney’s office should be called out for these reprehensible racist shenanigans and pressure should be brought to bare upon the U.S. authorities to stop playing these stupid color games and issue me my passport so that I can come home.

I wish to return home, to my country of origin, the United States of America, in order to face any and all charges that may still be pending against me in an effort to bring to an end finally this lamentable and regrettable episode and also to initiate, if possible, a reconciliation between myself and those innocent people involved who I, by that unjustifiable act, have wronged. Nearly thirty years have passed since I hijacked that plane to Cuba and yet not a day goes by that I don’t regret that action. That misguided act of terrorism terrorizes me every day when I reflect on what if something had gone wrong and that plane had crashed…. There were over a hundred people on that plane. I pray to Allah five times a day for the chance to sincerely apologize to the people directly affected by my act of terrorism and to try in some way to make amends directly to those people. Allah knows that I do not lie when I say this is my only motive coupled with that of being reunited with my family at long last, also victims of my impetuous and misguided act.

This case has gone on for entirely too long and it’s time now to bring it finally to a close and so it is in the true spirit of Islam, that of peace, that I call on President Obama to let me come back home now. I personally make him a solemn promise that I will never give him cause to regret his decision, devoting the rest of my life to farming, as I have learned in Cuba to love, the raising of my own two little girls and speaking out whenever and wherever necessary for peace and understanding between people everywhere in the hope that my testimony may serve to dissuade some other misguided youth from committing a similar act of terrorism. I call upon President Obama to intervene, if not on my behalf then on the behalf of fairness, justice and common decency, lauded hallmarks of the American way, and not allow racist bureaucrats to waste my life away in this manner because like it or lump it, I am an American, the United States of America is my home, and it´s time for me now to come home.

I am so saddened by the fact that the American Government has never interceded to release William Potts Jr, a childhood friend of mine, who I think deserves the justice of the government and the US people as a whole. I would like to be an advocate for William and proceed forward for his release from Cuba back to the US. He has done his time and could not possibly show any more remorse than he already has. There should be no prejudice of any kind here and if that is a factor it puts shame on the people handling this case. Please acknowledge my plea. I am not yet comfortable giving out my address, but could you please let William know he has a friend in his corner of the world and the USA. Sincerely and with all hope and prayers for Williams overdue release. Laura Turpan

Thanks for your message, Laura. I will let William know you wrote if I hear from him. He's at the Main Jail in Broward County. Here's where you can write him if you wish: