Even during tough economic times, the Office of Cuba Broadcasting has lavished big salaries on its employees in Miami.
Its 119 employees earned an average of $99,275 in 2012. Their salaries totaled $11,813,725, which was 42 percent of the OCB's $27.9 million budget.
Employees' average salary of $99,275 amounted to $395.51 per day (based on 251 working days in 2012). That's easily more than double the monthly salary of most U.S. government-financed dissidents in Cuba.
The figures, which are the latest available, do not include $48,000 in bonuses or money paid to contractors in the U.S., Cuba and other locations. (See full list of salaries below).
The Office of Cuba Broadcasting isn't the only government operation that pays well. Government salaries have soared above that of private-sector workers over the past decade. As a result, according to the Cato Institute:


...The average federal civilian worker now earns 74 percent more in wages and benefits than the average worker in the U.S. private sector.

The top paid employee at the Office of Cuba Broadcasting in 2012 was the director, Carlos A. García-Pérez, who earned $170,000.
Rounding out the top 10 were:
Salaries for the advisory board alone totaled $728,505. Appointments are for three years and members may serve multiple terms.
Below is the full list of 2012 salaries for Office of Cuba Broadcasting employees in Miami.
This is a revised version - some of the names were scrambled in the document I uploaded earlier today.  (See PDF).
Source: FedsDataCenter.com. 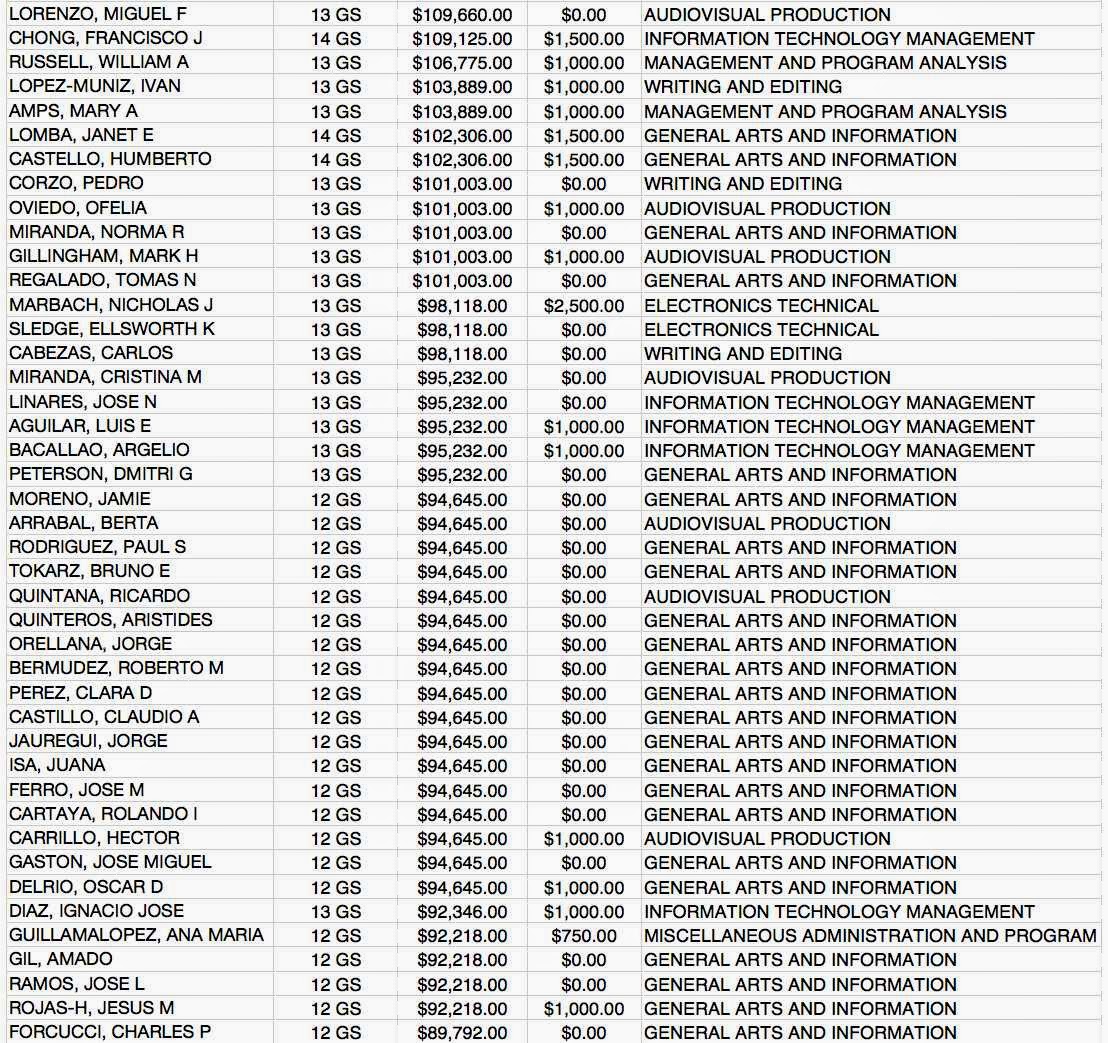 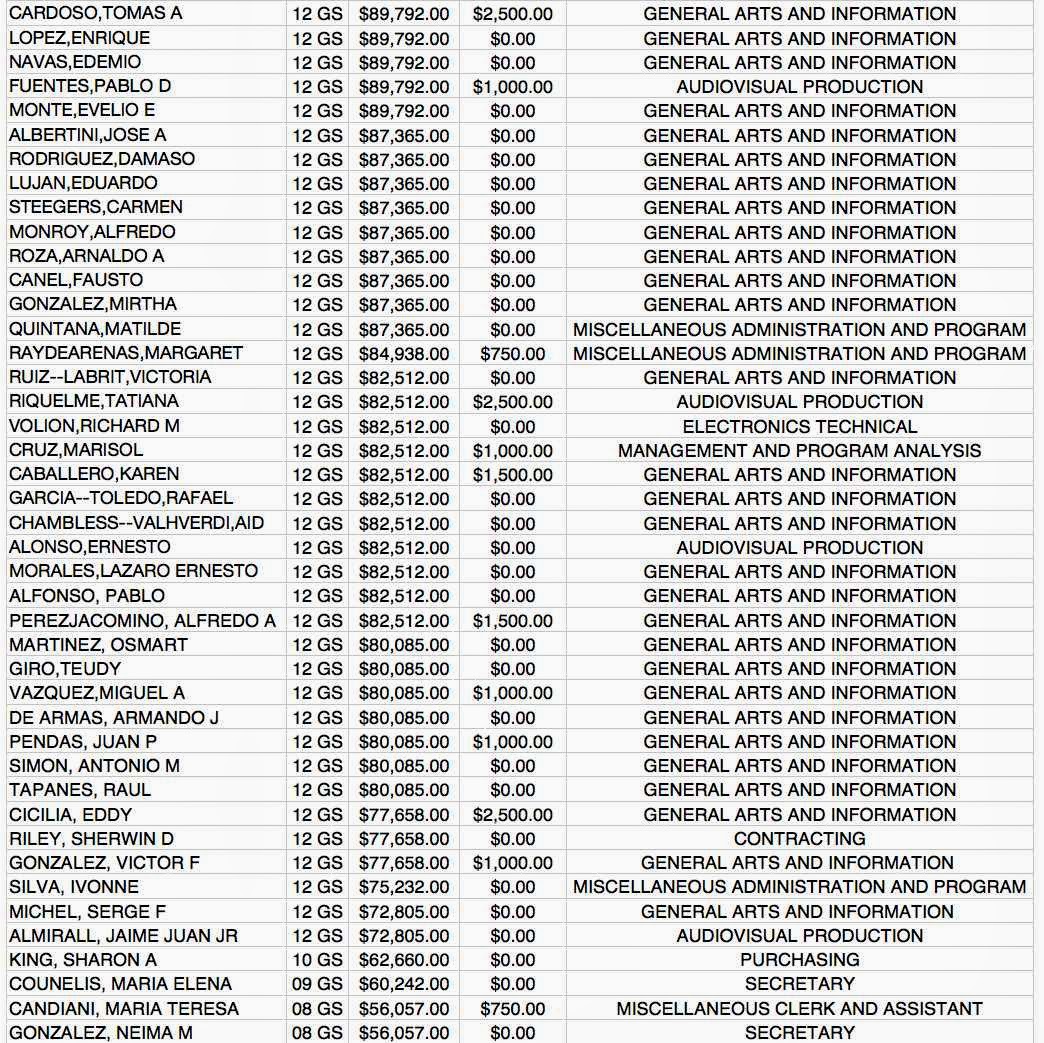