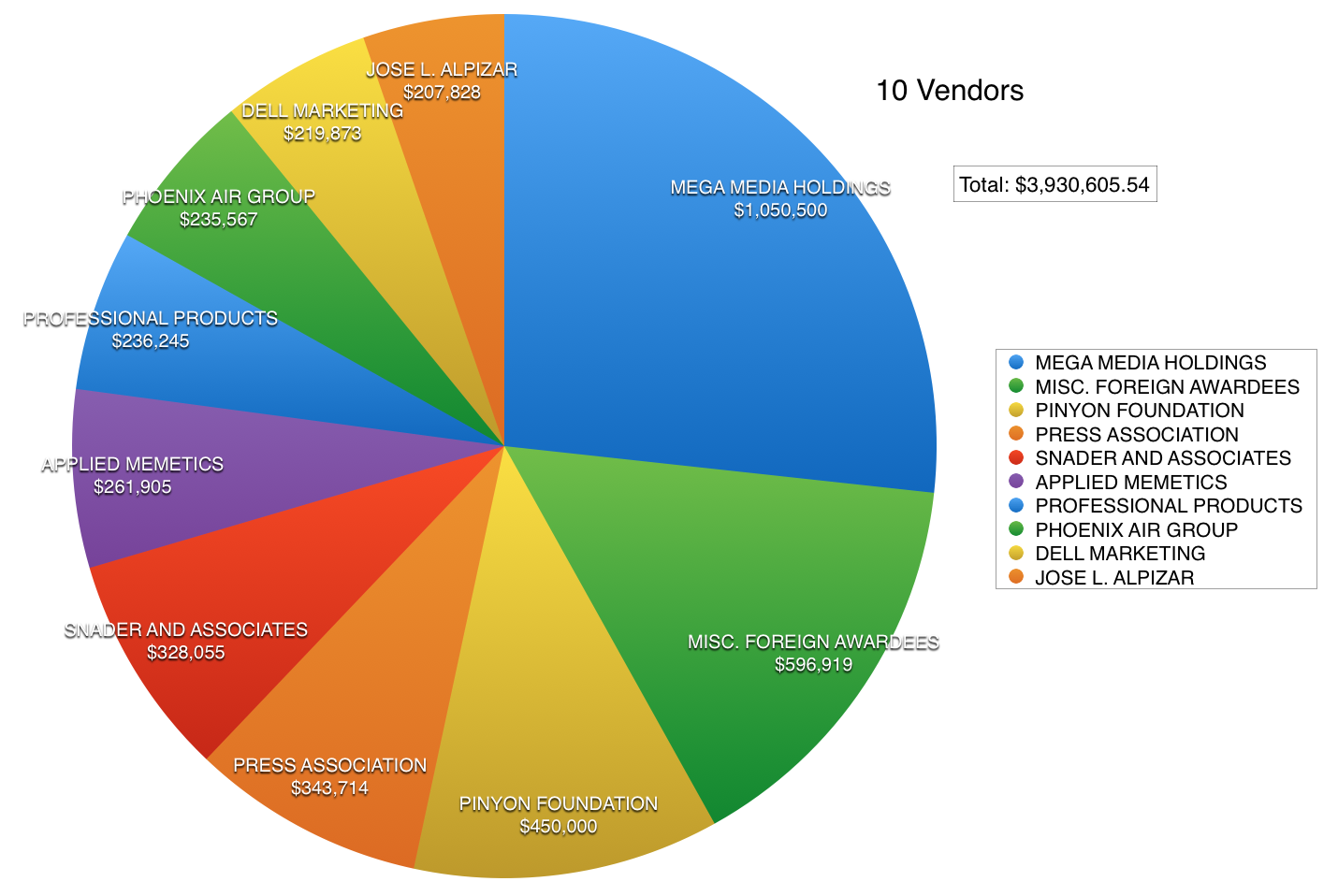 I went through some federal contracts today to try to learn more about Broadcasting Board of Governors' Cuba spending.

Among the contracts that caught my eye:
The Pinyon Foundation's corporate address is a home at 1712 Canyon Road in Santa Fe, N.M. It had proposed the self-help project and the Office of Cuban Broadcasting, or OCB, evidently liked it. A contract document states:


Based on our extensive knowledge of the Cuban environment after thirty years of in-depth reporting on Cuban issues, and our knowledge of the types of activities conducted on the island and the kind of programming in the marketplace specifically targeted at a Cuban audiences, it is OCB's opinion that the proposal represents a unique opportunity for our media organization to reach our audience in important new ways that would be highly beneficial to them, and that the substance of the proposal is not available from another source.

Important note: The list shown above is incomplete and imperfect. I don't have enough information to know the top 35 or the top 10 vendors. Keyword searches in federal databases are notoriously inaccurate because they don't always detect Cuba-related programs. So I'd regard the vendors listed here as important, but not necessarily the top recipients.

The BBG requested funding of $731.08 million for fiscal year 2014. Its stated goal is to "support United States national interests through its mission to inform, engage, and connect people around the world in support of freedom and democracy."

This is a map showing the locations of selected BBG vendors.