The Broadcasting Board of Governors last fall awarded a $450,000 contract to a New Mexico foundation that was purportedly going to produce a self-help video series for Cubans, records show.
The BBG declared the Pinyon Foundation "uniquely qualified" for the no-bid contract, but the foundation's director, Jeff Kline, denied that his organization had received any money.
"I think there may be a misunderstanding about all that stuff," he said Friday. "I don't know. All that's kind of screwed up."
A spokesperson for the Office of Cuba Broadcasting, which carries out the BBG's Cuba projects, did not return a phone call about the Pinyon contract.
Kline, 64, did not fully explain what's going on when I called him. He said:


I'm in Hawaii. I'll be back in a couple weeks and see what's going on. I'll have to look into getting all that straightened out.

I told Kline that records clearly show that the BBG awarded a $450,000 contract to the Pinyon Foundation. He replied:


I do know that the Pinyon Foundation has not received $450,000. I would know that. Pinyon does not have any money of that nature at all.

Records show the contract was signed Sept. 30, 2013, and went into effect the same day (see record).

On Jan. 15, the contract was modified (see record). The reason for the change is listed as "novation," which means:
The BBG awarded the contract without competitive bidding. The agency had said the Pinyon Foundation "has extensive experience in this area" and was "uniquely qualified" for the project. (See justification for no-bid contract).
Kline seemingly contradicted that statement, saying Pinyon dedicates itself to projects in New Mexico.
The BBG stated on Sept. 12, 2013:


The Broadcasting Board of Governors (BBG), Office of Contracts (CON) located in Washington, DC, intends to negotiate and award a non-competitive contract to Pinyon Foundation, 1180 South Beverly Drive, Suite 500, Los Angeles, CA 90035, to provide programming related to self-help and self-actualization training for Cuban audiences.
The anticipated period of performance is one year from date of award.

The statutory authority permitting other than full and open competition that is applicable to this procurement is 41 U.S.C. 253(c)(1) which is implemented at FAR, Subpart 6.302-1(i) (A) which permits other than full and open competition when the “supplies or services may be considered to be available from only one source if the source has submitted an unsolicited proposal that demonstrates a unique and innovative concept.”

The nature of the proposed acquisition requires the use of the above cited authority because the highly unique unsolicited proposal submitted by the Contractor provides the capability to empower Cubans through the production of programming related to self-help and self-actualization training.

The unsolicited proposal is the product of original thinking that contains new, novel, or changed concepts, approaches, or methods; that has not submitted previously by another; and is not otherwise available within the Federal Government. The Contractor has extensive experience in this area and is uniquely qualified to deliver the aforementioned programming.

The Los Angeles address listed above is that of an accountant, Irving Ackerman. The Pinyon Foundation's actual address is 1712 Canyon Road, Santa Fe, N.M.
Records show that Kline lives at that address with Consuelo Luz. A 2007 newsletter identified her as his wife. (They have since divorced).
Her bio states she was "raised in Greece, the Philippines, Spain, Italy and Peru by Chilean/Cuban parents..."
Kline ran for the California State Assembly as a member of the Peace and Freedom Party in western Fresno County on Nov. 5, 1968. He drew 1.9 percent of the vote, well behind Republican winner Frank Murphy Jr.

Kline is founder and chairman of the Hispanic Communications Network. His bio states:

Jeff’s exposure to the power of media came during his participation in the Free Speech Movement at UC Berkeley in 1964, which won the right to discuss issues and organize on campus in support of civil rights. In 1968 he won the nomination of the Peace & Freedom Party for the California legislature campaigning to end the Vietnam war and for unionization of farm workers.

In New Mexico he taught high school and bolstered grass roots environmental campaigns with TV spots featuring emotional songs in Spanish. He founded Self Reliance Foundation in 1979 to empower Hispanic and Native Americans to use media for self-empowerment.

He was media consultant for more than 10 statewide and federal races helping to elect two Chief Justices of the New Mexico Supreme Court, the Attorney General, Congressmen & more.

In 1982 he founded Hispanic Radio Network and produced over 10,000 Spanish radio programs. He created the first live interactive call-in talk shows linking the US with 14 countries in Latin America.

Kline is familiar with the federal bureaucracy. Records show that two companies he founded - Hispanic Radio Network and the Self Reliance Foundation - were awarded $830,520 in federal contracts from 2002 to 2009. 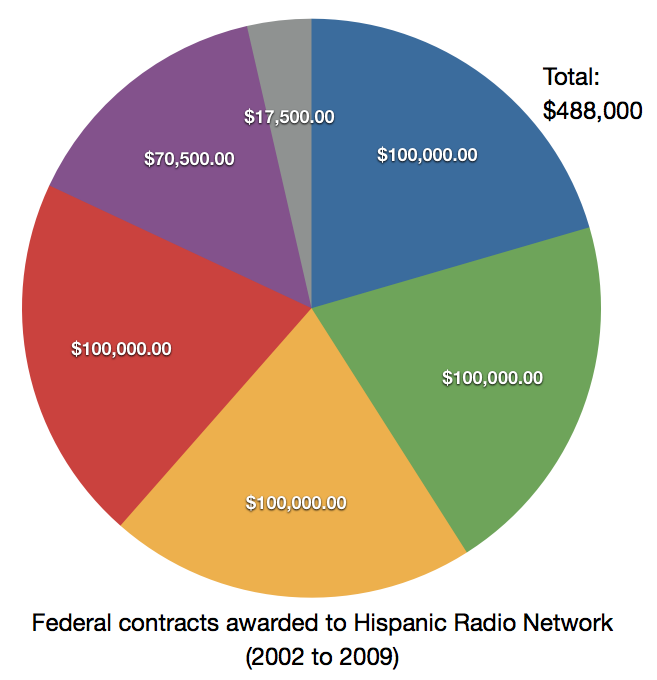 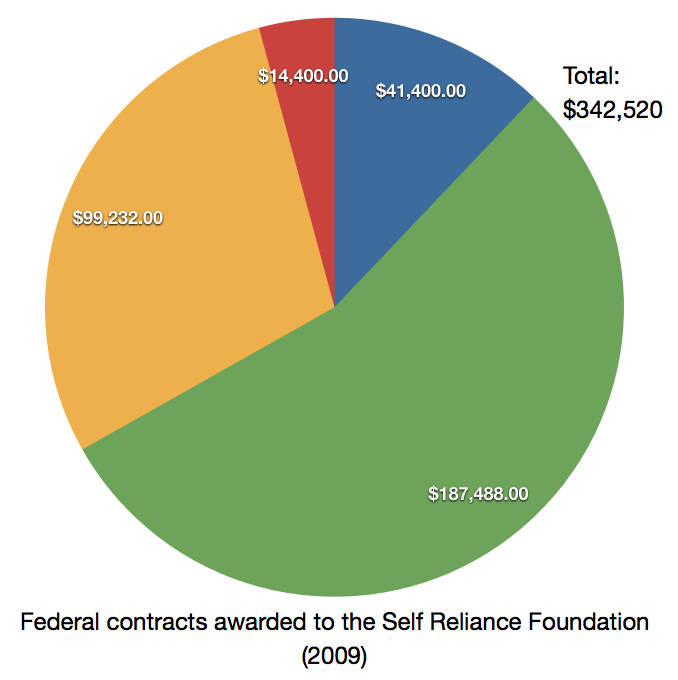 So what's really going on here?
It's hard to say. Among the possibilities:


Whatever the case, the BBG appears to be playing fast and loose with $450,000 in tax dollars. If anyone has insight into the story, let me know.
Posted by alongthemalecon at 8:44:00 PM

I see Jeff is still a raging asshole. Such an arrogant jerk.