The non-profit International Republican Institute, or IRI, has managed more than $15 million in Cuba-related projects since 1996.
In October 2011, I filed a Freedom of Information Act request for information about a tiny chunk of that - a $750,000 program called "Breaking the Information Blockade."
Two years later, the State Department sent me a batch of heavily censored documents.
The July 14, 2006, executive summary of IRI's project proposal is redacted. The next page gives some background, describing the "information blockade" in place in Cuba since the early 1960s. The documents reads, in part:


Dissidents in Cuba who work to break the information blockade are limited by the repressive tactics of the Castro regime and its sympathizers, as well as by the Cuban government's restrictions on travel in and out of Cuba. Thus, most successful efforts at breaking the information blockade have required the support of the Cuban exile community, foreign governments and international NGOs.


The regime's censorship policy is facilitated by the fact that Cuba is an island, which effectively prevents the importation of print and electronic media, media technology and media devices. This physical bottleneck on the flow of information into Cuba, combined with the repressiveness of Cuban state security, the surveillance carried out by regime sympathizers, and the economic situation of most Cubans, work together to very effectively limit the flow of information into Cuba. 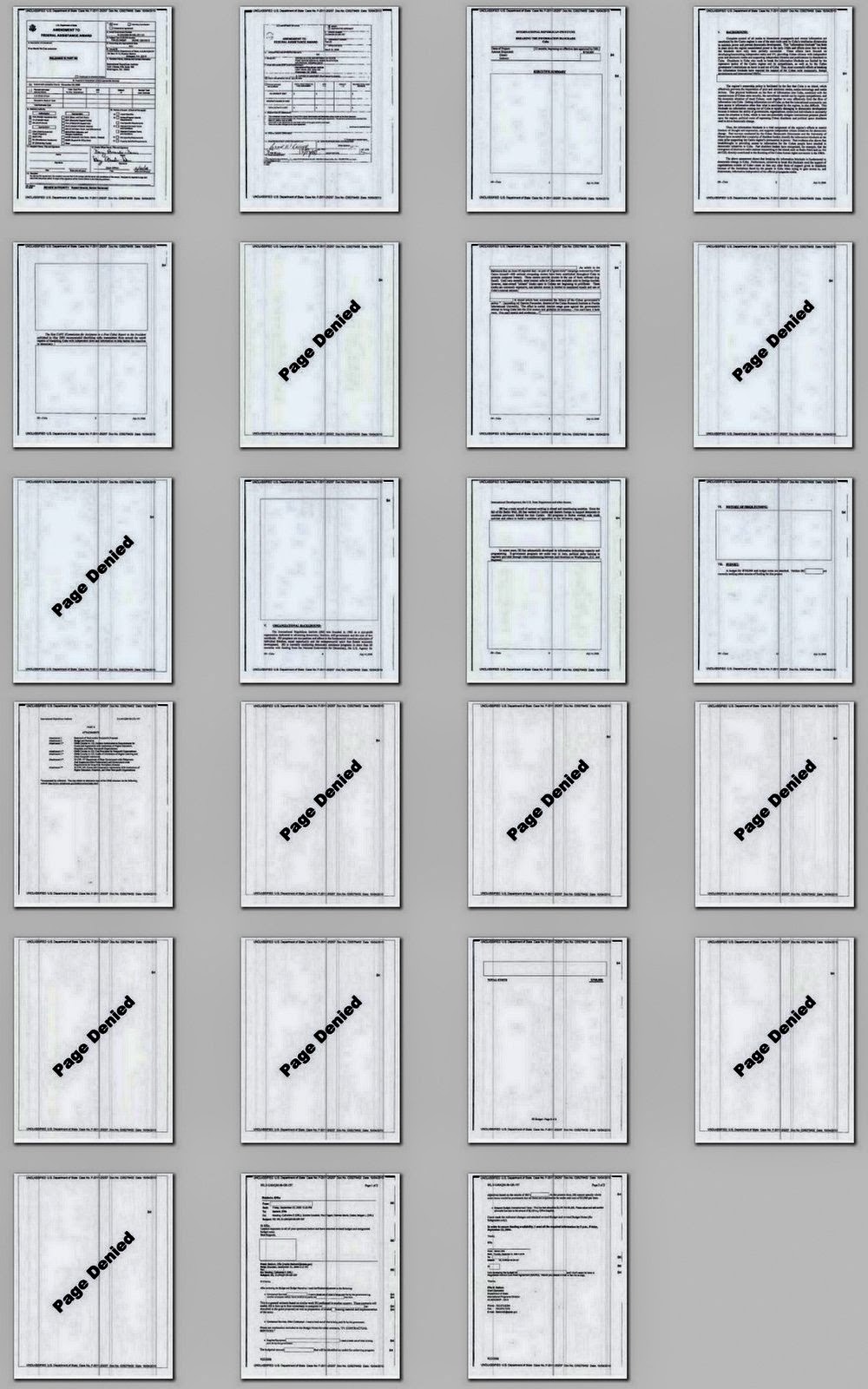 P.S. If you'd like to get the flavor for what unredacted IRI documents are like, below are three samples, first published on Miradas Encontradas:

In one document, IRI said it had hoped to put 10 BGAN satellite Internet modems in operation, but was likely going to reduce that number. The document read:


Due primarily to the risks involved in transporting these devices, IRI has not yet identified a suitable partner to receive and test the equipment....
IRI continues to assess its budget in this respect, and will make recommendations to USAID as long term prospects become clearer.

Mr. Eaton, Thanks for your work bringing accountability to U.S. funded pro-democracy programs in Cuba. Please, also check the National Democratic Institute (NDI) and the Center for International Private Enterprise (CIPE). Like IRI, these are core institutes from the National Endowment for Democracy (NED) that has received millions of tax dollars for similar programs, but there is no indication of success.

Thanks for the tip, Erick.