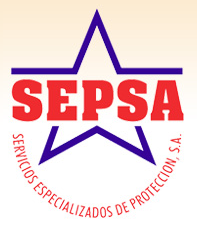 In 2003 and 2004, they paid  $47,334 to a now-defunct Cuban company called Cubalse. The money went for everything from office supplies and shelving to fuel and housing costs.
During that same time period, the Interests Section spent $28,684 at Tiendas Panamericanas, a chain of state-run stores owned by Cimex, Cuba's largest commercial corporation. Purchases ranged from waste disposal equipment and appliances to office supplies.
Interests Section employees also turn to contractors from the United States. From September 2009 through March 2014, for instance, they paid industrial supplier W.W. Grainger, Inc., of Lake Forest, Ill., $213,468 for a range of products and services, everything from plumbing fixtures and lamps to air conditioning equipment, paint, indoor lighting and welding equipment.
Diplomats sometimes fly in contractors to carry out specialized tasks. Such was the case in February 2014 when the Interests Section signed an agreement with Rosa Lowinger & Associates of Los Angeles.
The mission:
To restore an antique dining room set.
Cost: $8,300.
Related: "Did eagle get a makeover?"
Posted by alongthemalecon at 7:01:00 AM

actually not surprising from the lying-est
most corrupt gobment in the world,

but Why the f*** had Fidel and company not been growing HEMP over the whole island, in defaince against amerika and kissing some China ass? why because the leaders are all the same everywhere