The woman recalled that Kline talked about one of Cuba's most famous democracy activists.


He asked me if I knew who Yoani Sanchez was. I told him I didn’t know her.


He said, ‘You don’t know who Yoani Sanchez is?’

After that conversation, the woman said organizers gave her a book by Sanchez so she could learn more about the Cuban blogger.
Looking back, she believes Kline was "feeling out" participants, trying to discover whether they had “anti-government tendencies.”
Around that time, Kline, 68, and some of his colleagues also brought into Cuba some $50,000 worth of communications gear, including at least one satellite phone, said another source, who also spoke on condition of anonymity.
Cuban authorities confiscated some of the gear and briefly detained one of the employees, identified by two sources as Paul Castro.
The Havana woman said she met Castro, who touted the radio contest as a program for young people in Latin America and the Caribbean.
In reality, Cuba was the program's only target, said a source who is familiar with Kline's work on the island and spoke on condition of anonymity.
A now-defunct website called Progreso Internacional described the theme of the radio contest as "Basic solutions to problems of our community in Latin America and the Caribbean."
The site is no longer active, but archived versions contain instructions on the contest and other information.

Still, questions about Kline's work remain. How much did the radio contest cost U.S. taxpayers? Did it help the pro-democracy cause in Cuba? Was the radio contest a cover for other activities? Was Kline more interested in testing communication gear than training potential dissidents? Or were both tasks important?
Whatever the case, the Havana woman said she feels betrayed. She said she produced a radio program "for nothing" and organizers have never apologized or explained what happened. She said:


I sent them emails. They never responded. What they sell you is a lie. 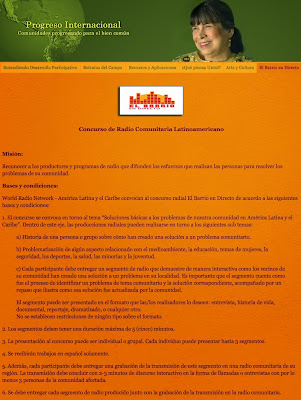