A former CIA agent's Virginia company has earned nearly $1 million in contracts with the Broadcasting Board of Governors, or BBG, since November 2011, records show.
That would put the firm, Applied Memetics, in the top spot in earnings in the category of "independent artists, writers and performers." (See "18 million to unnamed foreign contractors"). 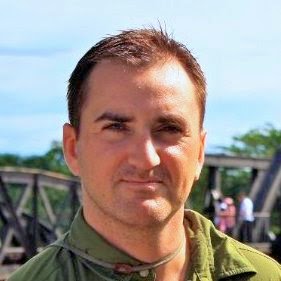 Dan Gabriel, a former covert action officer who served in Iraq and Afghanistan, is the founding partner and CEO of Applied Memetics in Arlington, Va. I wrote about Gabriel in November 2012 (See "Ex-CIA agent leads new team of journalists in Cuba") and in December 2012 (See "More work for ex-CIA agent").
Gabriel has impressive credentials. His LinkedIn profile states: 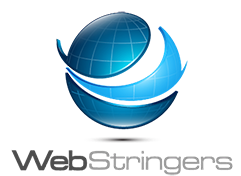 His company helps train journalists in Cuba and other countries. The company's products include Web Stringers, which states:


Our work explores a new model of journalism that is based around a global story – in this case, the struggle for human rights and democracy around the world. Our goal is to build a better user experience of these stories by adding context to content, using the latest digital tools of the day. Over time, we hope to add greater clarity, deeper understanding, and more sustained engagement to the conversations surrounding global events. As such, our content is transcribed and translated into English for broadcast to a global audience.

Web Stringers highlights videos produced in the field. You can watch a selection of the site's Cuba videos at a YouTube channel called Havana Spring.


Why Applied Memetics? The British evolutionary biologist Richard Dawkins defines“memetics” as an approach to evolutionary models of cultural information transfer based on the concept of the meme. A meme consists of any idea or behavior that can pass from one person to another by learning or imitation (e.g. thoughts, ideas, theories, gestures, practices, songs, fashions, habits, etc.) Memes propagate themselves and can move through the cultural sociosphere in a manner similar to the contagious behavior of a virus.

Ten years after the paradigm shift of 9/11, the capacity for business enterprise, mass media consumption, and democratic governance itself are deeply affected by the changing characteristics of information- and communication-related technologies. Public or private, today’s “post-bureaucratic” organizational structures reflect an information-rich society - one that is characterized by cheap, abundant, and easily-distributed information. Various collective action initiatives no longer require any organization at all, as previously-closed organizational boundaries are jarred open.

No longer is the hierarchy of command and control systems imposed upon the efficient flow of information across a large number of people, based on the differentiation of skill, knowledge and responsibility. Governments and organizations today must be well-equipped to manage the information flows and information systems that are vital to protecting their national security, or defending their bottom line.

Simultaneously, state and non-state actors around the globe face a similar major challenge: harnessing the evolution of new, pervasive and powerful information and communication technologies. Recent unrest in the Arab world, facilitated by these same trends, has underscored the need for governments to incorporate holistic approaches to governance in an age of social media.

That’s why Applied Memetics LLC offers a full range of services from research, training and planning, to execution of information operations and metrics design/assessment. Our goal is to help our customers understand and leverage information communication technologies in conflict or post-conflict areas of the globe. Our staff have proven track records in overcoming the cultural barriers, security concerns, and logistical challenges of working in conflict environments and denied areas. Our work is grounded in sociology, cognitive psychology, and information systems analysis. In each of our projects, we define political outcomes in a variety of temporal ranges: a clearly articulated plan for achieving them; an understanding of audience receptivity and opposition levels; a clearly conceptualized delivery method; and, most importantly, a system of measuring success we call metrics.