USAID may be back in the game 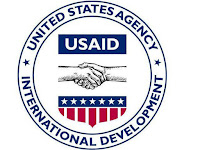 The House Appropriations Committee today approved a bill that would have the National Endowment for Democracy, the State Department and the Agency for International Development sharing $30 million in Cuba democracy funds.
The committee also ordered that "grants exceeding $1,000,000, or a period of 12 months, shall be awarded only to organizations with experience promoting democracy inside Cuba."
Under the fiscal year 2016 State and Foreign Operations Appropriations bill, the U.S. government would spend $30 million to promote democracy in Cuba, up from $20 million in fiscal 2015.
A committee document states:


The Committee recommendation includes $30,000,000 for programs to promote democracy and strengthen civil society in Cuba, of which not less than $8,000,000 shall be for NED. The remaining funds should be administered by DRL, the Bureau of Western Hemisphere Affairs (WHA) and USAID, and the Committee encourages these bureaus and USAID to consider the unique capabilities of the core institutes of NED in implementing similar programs.
The Committee directs that funds shall only be used for programs and activities pursuant to section 109(a) of the Cuban Liberty and Solidarity (LIBERTAD) Act of 1996 and section 1705 of the Cuban Democracy Act (CDA) of 1992, and shall not be used for business promotion, economic reform, entrepreneurship or any other assistance that is not democracy-building.


Internet Freedom. - The Committee recommendation continues the funding directive of $17,500,000 for expansion of unrestricted access to information on the Internet in accordance with section 7078 of this Act. The Committee supports work to enhance access to information and independent media, including the operational expansion through competitively awarded procurements of field-tested programs that provide unmonitored and uncensored access to the Internet for large numbers of users and research and development of existing and new technologies.

Office of Cuba Broadcasting (OCB). — The Committee recommendation provides not less than $28,130,000 for OCB Radio and TV Marti broadcasting to the people of Cuba, pursuant to the Radio Broadcasting to Cuba Act of 1983 and the Television Broadcasting to Cuba Act of 1990. In addition, section 7045(c) of this Act prohibits implementation of the proposed restructuring and merger of OCB and VOA’s Spanish Division unless specifically authorized by a subsequent Act of Congress. The Committee directs BBG to ensure that OCB is not required to support non-OCB transmission and personnel costs. Additionally, the Committee directs that prior to any relocation of an OCB bureau, center, or office the BBG notify the Committees on Appropriations as per section 7015(a) of this Act.

Of course, there is no guarantee that the bill will become law, but it has a chance.
Posted by alongthemalecon at 9:40:00 PM