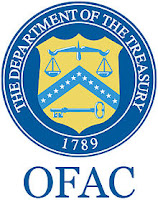 WASHINGTON – Today, the Department of the Treasury and the Department of Commerce are announcing additional revisions to the Cuban Assets Control Regulations (CACR) and Export Administration Regulations (EAR), building off the changes put into place by Treasury and Commerce on January 16, 2015 and further delivering on the new direction toward U.S. relations with Cuba that President Obama laid out last December. The changes, consistent with the President’s December announcement, will take effect on Monday, September 21, 2015, when the regulations are published in the Federal Register. A fact sheet detailing the revisions, which will be administered by Treasury’s Office of Foreign Assets Control (OFAC) and Commerce’s Bureau of Industry and Security (BIS), is below.

Treasury Secretary Jacob J. Lew said, “Today’s announcement underscores the Administration’s commitment to promote constructive change for the Cuban people. These regulatory changes build on the revisions implemented earlier this year and will further ease sanctions related to travel, telecommunications and internet-based services, business operations in Cuba, and remittances. A stronger, more open U.S.-Cuba relationship has the potential to create economic opportunities for both Americans and Cubans alike. By further easing these sanctions, the United States is helping to support the Cuban people in their effort to achieve the political and economic freedom necessary to build a democratic, prosperous, and stable Cuba.”


Commerce Secretary Penny Pritzker said, “The regulations published today are designed to support the emerging Cuban private sector and bring us one step closer to achieving President Obama’s historic policy goals. These actions build upon previous Commerce regulatory changes, and will ease travel restrictions, enhance the safety of Americans visiting the country, and promote more business opportunities between U.S. and Cuban companies. In addition to expanding our commercial engagement with the Cuban people, these additional adjustments have the potential to stimulate long overdue economic reform across the country.”

These measures will further facilitate travel to Cuba for authorized purposes; expand the telecommunications and internet-based services general licenses, including by authorizing certain persons subject to U.S. jurisdiction (which includes individuals and entities) to establish a business presence in Cuba, such as through subsidiaries or joint ventures; allow certain persons to establish a physical presence, such as an office or other facility, in Cuba to facilitate authorized transactions; allow certain persons to open and maintain bank accounts in Cuba to use for authorized purposes; authorize additional financial transactions, including those related to remittances; authorize all persons subject to U.S. jurisdiction to provide goods and services to Cuban nationals located outside of Cuba; and allow a number of other activities, including those related to legal services, imports of gifts, and educational activities. These amendments also implement certain technical and conforming changes.

Telecommunications & Internet-Based Services –
Enhancing the free flow of information to, from, and within Cuba, and better providing efficient and adequate telecommunications services between the United States and Cuba:

Persons subject to U.S. jurisdiction will be allowed to establish a business presence in Cuba, including through joint ventures with Cuban entities, to provide certain telecommunications and internet-based services, as well as to enter into licensing agreements related to, and to market, such services.
Persons subject to U.S. jurisdiction will be allowed to import Cuban-origin mobile applications into the United States and to hire Cuban nationals to develop them.
An existing authorization for the provision of services related to certain consumer communications devices exported to Cuba will be expanded to authorize services related to additional types of items authorized by Commerce, and to add training related to the installation, repair, or replacement of those items.
· License Exception Consumer Communications Devices (CCD) will no longer be limited to sales or donations. This change to License Exception CCD is intended to support other types of transactions, such as leases and loans of eligible items for use by eligible end-users.

Commercial and Financial Transactions –
Refocusing sanctions so they do not prevent day-to-day transactions by Cuban individuals who are outside of Cuba:

All persons subject to U.S. jurisdiction will be allowed to provide goods and services to individual Cuban nationals located outside of Cuba, provided there is no commercial exportation of goods or services to or from Cuba.
Banking institutions will be able to open and maintain accounts for Cuban individuals for use while the Cuban national is located outside of Cuba, and to close such accounts.

Persons subject to U.S. jurisdiction engaging in the following categories of authorized activities will be allowed to establish and maintain a physical presence, such as an office, retail outlet, or warehouse, in Cuba: news bureaus; exporters of certain goods authorized for export or reexport to Cuba by Commerce and OFAC, such as agricultural products and materials for construction or renovation of privately-owned buildings; entities providing mail or parcel transmission services or certain cargo transportation services; providers of telecommunications or internet-based services; entities organizing or conducting educational activities; religious organizations; and providers of carrier and certain travel services. These individuals and entities will also be authorized to employ Cuban nationals, open and maintain bank accounts in Cuba, and employ persons subject to U.S. jurisdiction in Cuba.

Support for the Cuban People –

· License Exception Support for the Cuban People (SCP) will authorize certain exports and reexports of items to Cuba for use in establishing, maintaining, and operating a physical presence in Cuba. Eligible end-users of the items include certain persons providing telecommunications or internet-based services; establishing telecommunications facilities; providing travel or carrier services; organizing or conducting educational activities; or transporting authorized items between the United States and Cuba.

· Certain temporary reexports from a foreign country to Cuba will be authorized by License Exception SCP when the items are for use in scientific, archeological, cultural, ecological, educational, historic preservation, sporting activities, or in the traveler’s professional research and meetings. Previously, this provision was limited to temporary exports by persons departing the United States.

· Certain commodities and software for use in software development may be exported or reexported to eligible end-users in Cuba pursuant to License Exception SCP.

· License Exception SCP will authorize temporary exports and reexports to Cuba of additional categories of items, including certain tools of trade to install, service, or repair items; and certain commodities and software for exhibition or demonstration.

OFAC’s existing general license authorizing the provision of certain legal services to Cuba and Cuban nationals will be expanded to allow the receipt of payment for such services. Certain limitations will apply, related to payments from prohibited Cuban Government or Cuban Communist Party officials. Additionally, a new general license will authorize persons subject to U.S. jurisdiction to receive, and make payment for, certain legal services from Cuba or Cuban nationals.

· A case-by-case review policy will apply to license applications for exports and reexports to Cuba of items to help ensure the safety of civil aviation and the safe operation of commercial passenger aircraft. Items that are to be reviewed pursuant to this policy include aircraft parts and components; software and technology related to safety of flight; air traffic control, aviation communications, and aviation weather related equipment; airport safety equipment; and devices used for security screening of passengers and baggage.

Educational Activities –
Increasing contact between American and Cubans and enhancing the free flow of information to, from, and among the Cuban people:

OFAC is clarifying that the Cuba sanctions provisions that are already in place allow most transactions that are ordinarily incident and necessary to give effect to a licensed transaction. For example, certain payments made using online payment platforms are permitted for authorized transactions.

Humanitarian Projects –
Facilitating aid to the Cuban people in times of need and preserving Cuban history:

The general license authorizing transactions related to specified humanitarian projects will be expanded to include disaster relief and historical preservation.

Supporting Diplomatic Relations –
Supporting the reestablishment of diplomatic relations with Cuba in accordance with the President’s announcement:

OFAC is expanding the general license authorizing transactions with official missions of Cuba to the United States to include international funds transfers.
Posted by alongthemalecon at 1:50:00 PM