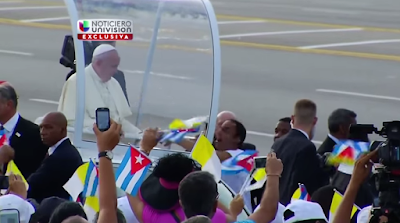 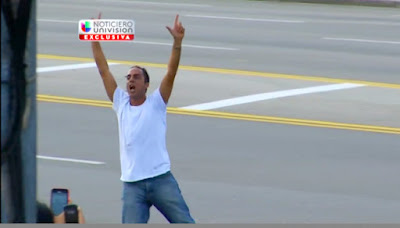 Univision captured video of a Cuban dissident appealing to Pope Francis. As security forces led the man away, he tossed pamphlets into the air. Capitol Hill Cubans identified the man as Zaqueo Baez of the Cuban Patriotic Union, or UNPACU.
Baez, along with another man and a woman, raised their arms and yelled "Freedom!"
Capitol Hill Cubans said Baez asked the pope to support freedom for the Cuban people. The video shows the pope reaching out and putting his hand on the man's head. Seconds later, a security agent yanked the dissident away from the pope's vehicle.
Security agents detained the three dissidents and led them away from the Mass as other men picked the pamphlets from the ground.
The pro-government blog, Cambios en Cuba, said:


Following instructions from the extreme right in Miami, three counterrevolutionaries carried out another act of provocation while the Pope greeted the Cuban people minutes before Mass began at the Plaza of the Revolution in Havana.
The provocateurs implicated in the unfortunate incident are the counterrevolutionary Zaqueo Baez Guerrero, who has a lengthy record as a protester, the unknown Ismael Bonet Reñé and María Josefa Acón Zaldiña, wife of Zaqueo and a subordinate of Berta Soler (leader of the opposition group Ladies in White). 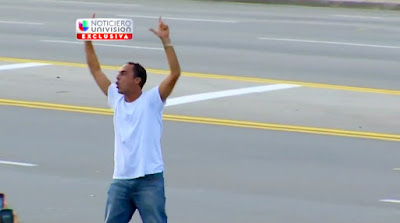 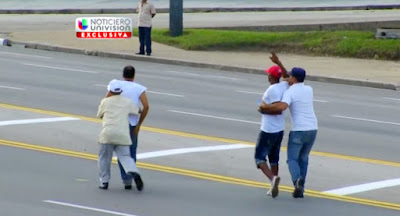 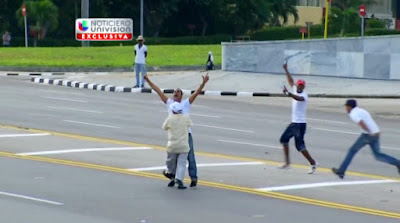 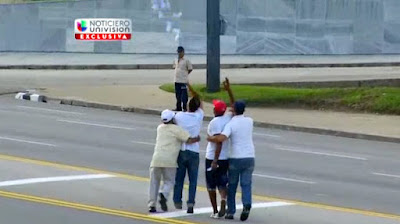 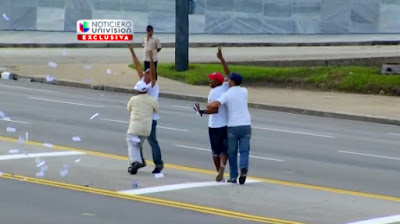 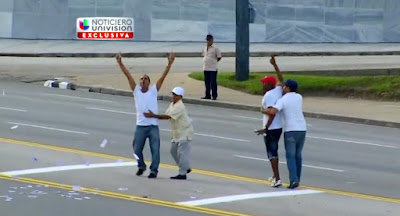 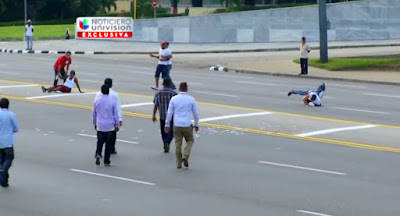