The Cuban Adjustment Act will eventually get an adjustment of its own, according to Alan Gomez, an immigration reporter at USA Today.
"I think it's absolutely going to end, but I think it's going to take a while," Gomez told students and faculty at Flagler College in St. Augustine, Florida.
Now that the United States and Cuba have diplomatic relations, it's "harder and harder to justify specialized treatment" of Cuban migrants, said Gomez, who spoke at Flagler College as part of the Forum on Government and Public Policy.
"There's a lot of push" to change the law, Gomez said, but he doesn't expect anything to happen for at least a year for several reasons, including the fact that the current Congress is "verifiably one of the least productive in history." (For more on the debate over the immigration law, see "Investigating the Cuban Adjustment Act"). 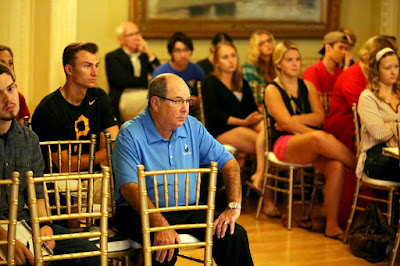 Gomez said he expects immigration to continue to dominate the 2016 election. One thing everyone agrees on - whether they are to the left or right - "is the idea that the federal immigration system is a disaster," he said. 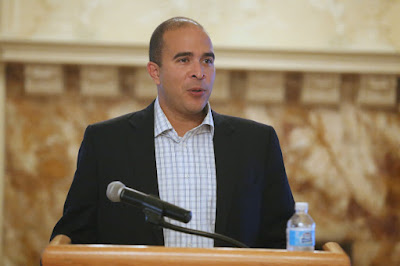 Gomez said the government's immigration policies are largely based on the Immigration and Nationality Act of 1965, which has only been "tweaked" over the past half century. 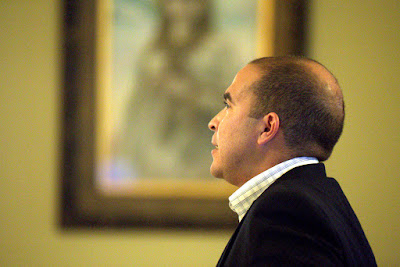 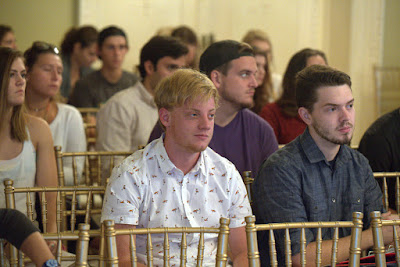 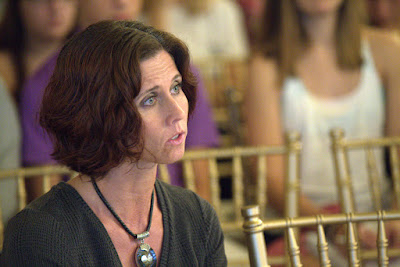 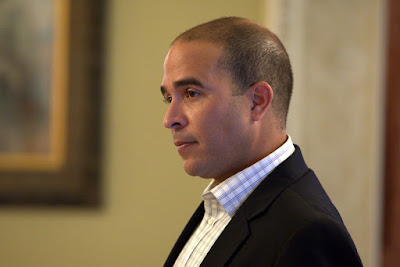 He cited three dates that have been key in the debate over immigration:


With that as a backdrop, Donald Trump joined the 2016 presidential race, accused Mexico of sending criminals and rapists to the United States and suggested an end to birthright citizenship.
Gomez said Trump has pushed the other candidates to the right on immigration issues. For instance, candidate Ben Carson has said he wouldn't rule out military drone strikes as a way to keep illegal immigrants from crossing the southern border. The 2012 debate "seems quaint" by comparison, Gomez said.
Posted by alongthemalecon at 6:33:00 AM