The Defense Information Systems Agency, or DISA, announced Friday that it is looking for contractors interested in establishing a high-speed digital connection from Washington, D.C., to Cuba.
DISA, a combat support agency of the Department of Defense, wants to know what it would cost to set up a T1 line to Cuba.
Details of the agency's request are considered sensitive and are not publicly available.
T1 lines can be made of copper or fiber optic cable. They can carry phone conversations and data. According to How Stuff Works:


If the T1 line is being used for telephone conversations, it plugs into the office's phone system. If it is carrying data it plugs into the network's router.
A T1 line can carry about 192,000 bytes per second -- roughly 60 times more data than a normal residential modem. It is also extremely reliable -- much more reliable than an analog modem. ...a T1 line can generally handle quite a few people. For general browsing, hundreds of users are easily able to share a T1 line comfortably. If they are all downloading MP3 files or video files simultaneously it would be a problem, but that still isn't extremely common.

DISA's request for information about the T1 line does not say whether the connection would be linked to the Guantanamo Bay Naval Base or the U.S. Embassy in Havana.
The agency's "Special Mission Areas" includes providing the communications support to the commander-in-chief. So could this new T1 connection be a hotline to Raul Castro? I doubt it.
What do you think? Why does DISA want a new digital link to Cuba? 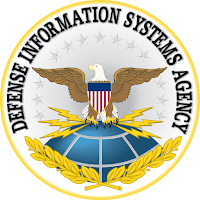 DISA has a budget of about $9.4 million (See 2015-2020 Strategic Plan). Its chief information officer is Terry Halvorsen, a former Army intelligence officer. He is responsible for:


achieving and maintaining information superiority through the collection, processing, and dissemination of an uninterrupted flow of information in support of DoD missions. The DoD CIO exercises authority, direction, and control over the director of DISA and organizationally reports to the secretary of defense, the principal advisor to the president of the United States on all defense matters and issues.

Tracy, I would like to speak to your contact at the Pentagon to find out more information about this DISA project. Thanks icbintl@earthlink.net