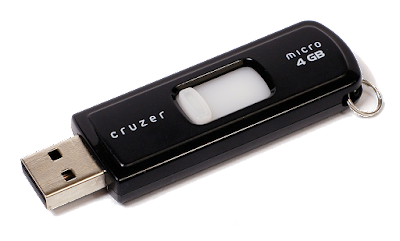 A friend asked me today if I knew who is behind "El Paquete Semanal," the weekly package of movies, TV shows, YouTube videos, songs and news items that are distributed via USB flash drives all over Cuba.
I told him I didn't know.
My friend wondered if Jeff Kline might have - or have had - something to do with El Paquete.
On Sept. 30, 2013, the Office of Cuba Broadcasting gave Kline's Pinyon Foundation a $450,000 contract to produce "self-help videos." Could that be connected to El Paquete? my friend asked.
Kline's LinkedIn profile says he has produced "media and created media distribution platforms...to inform, inspire and educate." The profile states:


In most cases I have created teams of people from within the cultures being served - Hispanics, Palestinians, etc. who then create their own media within their own cultural context to inspire and empower others to share their own ideas for a positive future based on universal human values...

Is Kline's profile describing El Paquete? my friend asked.
I don't know. But I wonder what became of the purported self-help videos that Kline was going to produce. Has anyone seen them? Do they even exist? Were the videos a cover for another mission?

Whatever the case, El Paquete predates Kline's 2013 contract. According to OnCuba magazine:


The Weekly Packet emerged in 2008 as the idea of a visionary, YoePC, who laid the foundation of a business that today provides income for thousands of Cubans, is worth tens of millions of dollars a year and has become a cultural phenomenon, penetrating hundreds of thousands of homes.

OnCuba estimated that El Paquete reached 600,000 homes and generated more than $60 million per year.
At the very least, the Office of Cuba Broadcasting - like El Paquete - uses an underground system to distribute content.
I realized that a week ago when I read that the Broadcasting Board of Governors had honored José Alpizar for creating a DVD and flash drive distribution network on the island.
Alpizar is a Cuban-born broadcast engineer. The Office of Cuba Broadcasting, which runs Radio & TV Martí, has paid him $509,940 since July 6, 2005, records show. A statement about his award read:


Strict media controls in Cuba have resulted in the creation of an underground, secret distribution network for uncensored information. The OCB's José Alpizar champions this vital "hand-to-hand" network. Working directly with Marti reporters and producers and with a list of contacts in Cuba yearning for unbiased news, Mr. Alpizar has, in just two years, grown a small DVD duplication program to a complex distribution system that today boasts 15,000 DVDs a month handed out door-to-door and on street corners across Cuba. In addition to DVDs, Mr. Alpizar has led the way to distributing flash drives carrying gigabytes of not just Marti audio and video content, but also information on research and development of WiFi and over-the-air television signal broadcasts inside of Cuba free from government control. With his transmission engineering skills and unwavering dedication, Mr. Alpizar has singlehandedly nurtured a network of dedicated Cuban citizens to disseminate Radio and Television Marti content throughout the island.

The friend who called to ask me about El Paquete said that if the U.S. government had anything to do with El Paquete, it would be a brilliant strategic move.
USB flash drives, my friend told me, would likely be embedded with spyware and other potentially harmful tools that Cubans would unknowingly upload to their computers. Inevitably, some Cuban officials would insert the USBs into their work computers where they access classified files. That would be difficult to avoid, my friend said.
"Everybody likes movies," he said.

You write "OnCuba estimated that El Paquete reached 600,000 homes and generated more than $60 million per year."

I don't see that estimate in the OnCuba article -- where did it come from?

I've seen an estimate of $4 million per month, which is in the ballllpark.

I've also seen claims that the Cuban Government is behind El Paquete -- earning revenue and providing employment and the "opiate of the masses."

The elephant in the room is copyright violation -- that will have to be dealt with if the US and Cuba are to normalize relations.

Thanks for your comments, Larry.
That estimate comes from OnCuba's infographic. I'll add that to the story so you can check it out. I haven't investigated those figures and have no idea if they are accurate. But I thought the numbers were intriguing - to think that El Paquete has grown into such a bustling enterprise.
You're right about copyright violation. It's a big deal. It would be something else if the U.S. government, which preaches the evils of copyright violation, was itself violating copyright in distributing its version of El Paquete.

It would be even cooler if both governments were supporting it :-).