U.S. wants to settle Cuba claims "as quickly as possible" 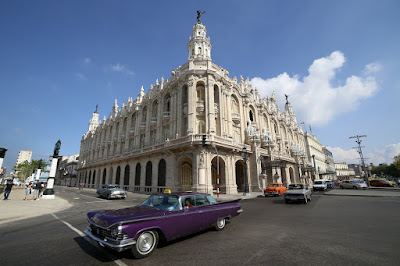 U.S. and Cuban officials have made some progress in resolving billions of dollars in property claims and court judgments that the two nations level at each other, a senior State Department official said.
The two sides had "substantive" discussions on Thursday in Washington, D.C., and agreed to meet again in Havana to resume conversions over ways to reach a mutually acceptable agreement, the official said in a background discussion with reporters.
Cuba claims that the U.S. embargo has caused $181 billion in "human damages" and $121 billion in economic harm.
The U.S. government contends that Cuba must settle $1.9 billion in property claims - plus 6 percent interest - in property claims dating from the late 1950s and 1960s; $2.2 billion in court judgments; and hundreds of billions of dollars in mining claims.
The senior official said it was premature to try to predict how long it would take the two countries to settle their claims, but said Cuban officials seemed to be taking negotiations seriously.
U.S. officials have stated their "desire to resolve claims as quickly as possible," the senior official said.
No date has been set for the next round of discussions.
"Both sides agreed we'd have more regular meetings," the official said. "We would expect to go to Havana for the next meeting." 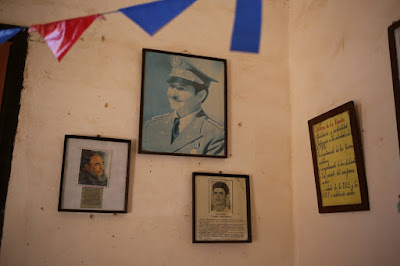 One year after Washington and Havana restored diplomatic ties, U.S. policy is helping to empower the Cuban people and give them greater autonomy from the socialist government, a senior State Department official said Wednesday.
"We remain convinced that our shift from a policy of isolation to engagement is the best course for supporting the aspirations of the Cuban people and the emergence of a peaceful, prosperous and democratic Cuba," said the official during a background briefing with reporters.
The official said 700,000 Americans have traveled to Cuba this year, which increased people-to-people contact and boosted private businesses on the island.
As the Obama administration sees it, money from such travelers along with remittances from Cuban-Americans makes it easier for ordinary Cubans to move beyond the daily struggle to feed their families and think about the future. They are "better equipped to express their demands on the Cuban state and what they would like to do to be able to lead better lives," the senior official said.
The official declined to speculate on how U.S. policy might change once President Obama leaves office, but said many of the administration's measures to loosen restrictions on dealing with Cuba have become institutionalized.
"I would never speculate on what a next administration may do," the official said, "but I think to the extent that this has yielded these positive results for the United States, for the Cuban people, it would be difficult to go backwards."