After the Wall Street Journal reported that Donald Trump was working with advisers on a plan to dramatically shrink the country's top spy agency, a Trump spokesman issued a quick denial.
But retired CIA officer Scott Eder said Thursday he believes that the Office of the Director of National Intelligence will be reduced in size.
"That staff will be shrunk," said Eder, speaking to students and faculty at Flagler College in St. Augustine, Florida.
President Trump has talked about his desire to "reorganize, retool and sharpen the intelligence community," said Eder during an appearance at the college. "The major target of that is the Office of Director of National Intelligence."
The Trump administration will not disband the agency, but he will likely shrink it, said Eder, who was a CIA officer for 28 years.

Read more »
Posted by alongthemalecon at 8:57:00 PM No comments: 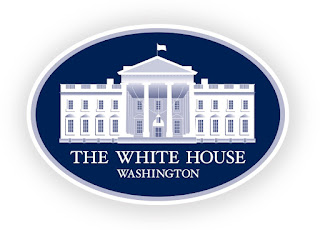 Office of the Press Secretary
FOR IMMEDIATE RELEASE
January 12, 2017

Today, the United States is taking important steps forward to normalize relations with Cuba and to bring greater consistency to our immigration policy. The Department of Homeland Security is ending the so-called "wet-foot/dry foot" policy, which was put in place more than twenty years ago and was designed for a different era. Effective immediately, Cuban nationals who attempt to enter the United States illegally and do not qualify for humanitarian relief will be subject to removal, consistent with U.S. law and enforcement priorities. By taking this step, we are treating Cuban migrants the same way we treat migrants from other countries. The Cuban government has agreed to accept the return of Cuban nationals who have been ordered removed, just as it has been accepting the return of migrants interdicted at sea.

Read more »
Posted by alongthemalecon at 6:34:00 PM No comments: